The meeting addressed the importance of promoting nursing in the MENA region and globally, and preceded a launch announcement of Nursing Now Jordan by HRH Princess Muna, which follows the announcement in March of Nursing Now Qatar. Nursing Now, which was inaugurated in London and Geneva in February 2018 and is supported by the World Health Organization (WHO) and the International Council of Nurses, is a three-year campaign which aims to improve the perception of nurses, enhance their influence, and maximize their contribution to ensuring everyone everywhere has access to healthcare. 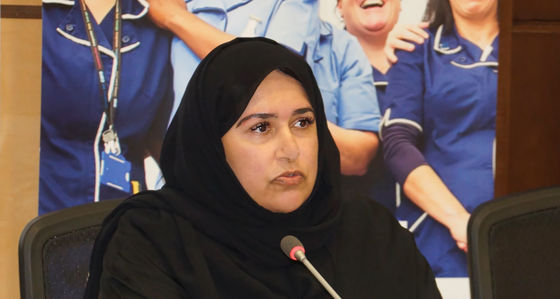 HRH Princess Muna, who is the mother of His Majesty King Abdullah II of Jordan, is the WHO Patron for Nursing and Midwifery in the Eastern Mediterranean Region, President of the Jordan Nursing Council, and a longstanding advocate of nurses and nursing.

During the visit, Ms Afdhal moderated a roundtable titled ‘Developing and Sustaining Nursing Leadership: a call for a paradigm shift in nursing and healthcare for the 21st century’. The discussion took place at the WHO offices in Amman, Jordan, alongside Professor Rowaida Al-Maaitah and Ms Annette Kennedy, President of the International Council of Nurses, during a health policy forum titled ‘Investing in the Nursing Workforce’.