Share
Britain’s first-ever mobile phone call was made 30 years ago on the newly-launched Vodafone network. Michael Harrison, the son of former Vodafone Chairman Sir Ernest Harrison, was the first to test the system, calling his father at midnight on 1 January, 1985.

Harrison made the historic call from one of the first mobile devices – a Transportable Vodafone VT1, which weighed 11lb (5kg) and had around 30-minutes of talk time.Harrison recalls that the line was crystal clear.

As Sir Ernest Harrison answered the phone, Michael said: “Hi Dad. It’s Mike. This is the first-ever call made on a UK commercial mobile network”.At the other end of the line, photographers captured the moment - the culmination of three years of hard work since the bid was made to win the license in 1982.

Days later, a large crowd gathered at St Katherine’s Dock in London to watch comedian Ernie Wise make the first public mobile phone call.Wise brought the same Transportable device to St Katherine’s Dock in London in a 19th century mail coach, using one of the oldest forms of communications – sending a letter – to highlight the speed and convenience of these new mobile phones. 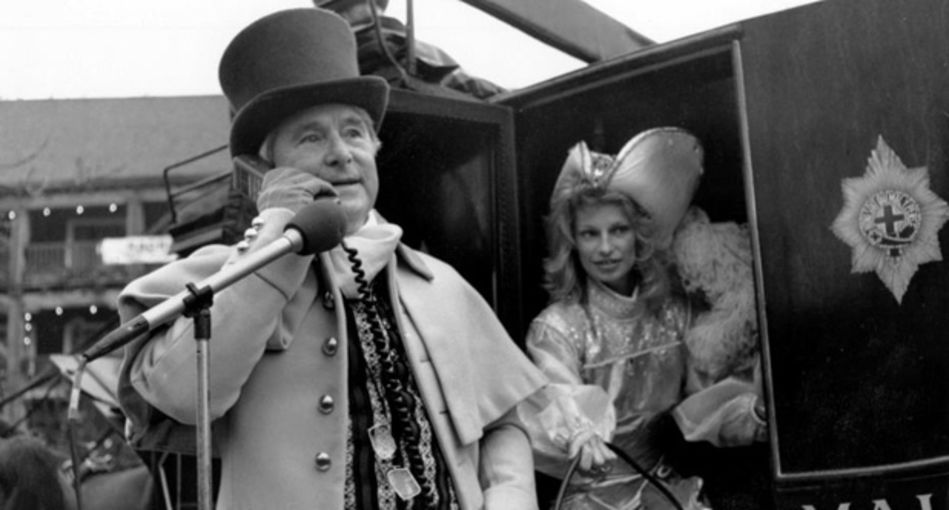 Ernie Wise’s call was received at the original Vodafone headquarters, where a handful of employees were based in an office in Newbury, Berkshire.

For the first nine days of 1985, Vodafone was the only company with a mobile network in the UK.

The first generation of mobile phones were sold in the UK from 1984 – before the first products were even available and before the network was officially live. Such was the demand for a fully portable, cellular phone that more than 2,000 orders had been taken by the Vodafone sales team before Michael Harrison made his call from Parliament Square.By the end of 1985, over 12,000 devices had been sold.

All were far from portable and cost around £2,000 – equivalent to roughly £5,000 when taking the inflation rate in to account.However, the early mobile phones symbolized a revolution in communications and were instantly desired by those whose love for the brick-like devices was documented in films and TV shows.

Ferrari-driving executives in the first wave of adverts particularly appealed to this market. “You can be in when you’re out” declared full-page ads, created by advertising agency Saatchi & Saatchi to run in every major British newspaper.

Thirty years later, Vodafone’s technology, once favored by a select few, now plays a central role in the lives of more than 400 million people on every continent. Vodafone has become a global pioneer in bringing the benefits of the mobile and digital revolution to consumers and businesses across the world.