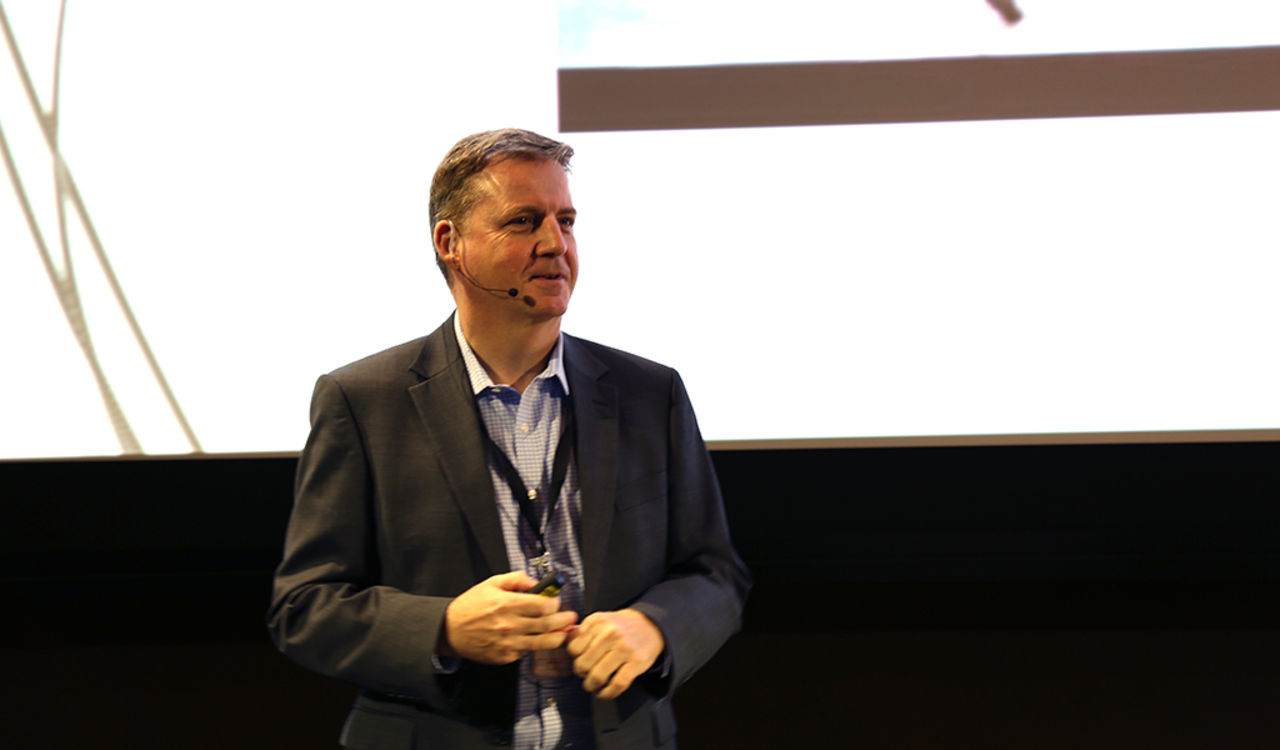 “In his role as acting managing director, Giles has been supportive of NU-Q, its students, and its alumni. He has also worked closely with us on a number of collaborative projects, including strategic workshops that NU-Q has provided for the network,” said Everette E. Dennis, dean and CEO. “His commitment to supporting journalists who provide coverage of many unreported stories is a significant contribution to the network’s success, and it is also an important reason why many of our students hope to work with the channel after graduation.”

During his talk for the NU-Q community, Trendle shared highlights of his career as a journalist, which started in the mid-1980s when he started as a freelance reporter covering the Lebanese Civil War. Many of the challenges and issues he faced as a young reporter, he said, still resound with the journalists today—such as identifying story angles and avoiding bias.

Al Jazeera is one of the university’s key partners in Doha, providing speakers from the media network to speak to faculty, students, and staff about the future of journalism and media communication, as well as inviting NU-Q faculty to provide strategic training sessions for Al Jazeera.
Several NU-Q alumni also work at Al Jazeera Media Network entities, including producing sports programs at BeIN, reporting for Al Jazeera Arabic and English websites, and animating and producing programs at Jeem, Al Jazeera’s channel for children.