Share
Hamad Bin Khalifa University’s (HBKU’s) Translation and Interpreting Institute (TII), in collaboration with the Embassies of Portugal and Brazil in Qatar, celebrated the Day of Portuguese Language and Culture at the HBKU Student Center in Education City. The day’s festivities focused on facilitating exchange and dialogue between faculty, students and the Portuguese speaking communities living in Qatar. 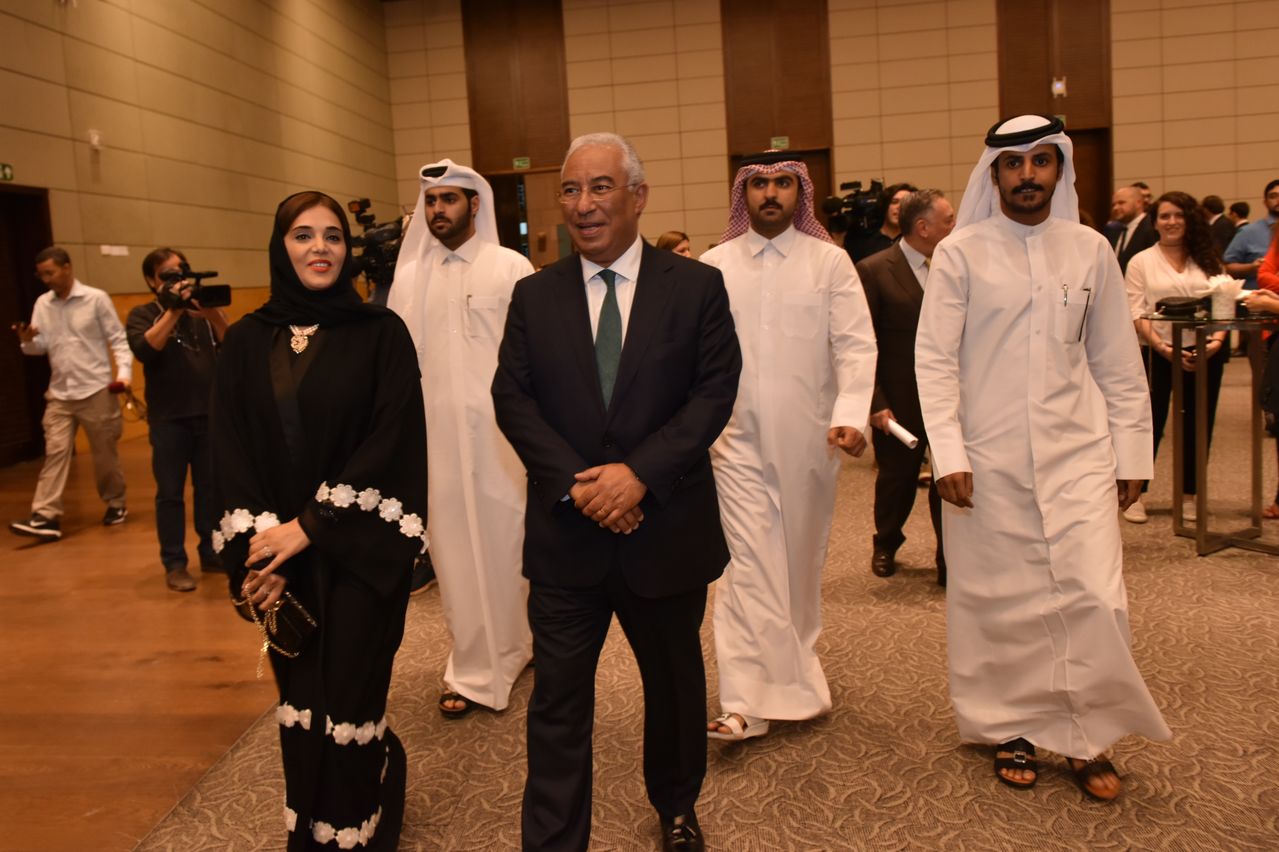 Hosted by HBKU’s Translation and Interpreting Institute (TII), Portuguese Language Day was attended by the Prime Minister of Portugal, H.E. António Costa, Ambassador of Portugal to Qatar, H.E António Tânger, and Minister Counselor at the Embassy of Brazil to Qatar, João Carlos Belloc.

Senior members of the University’s faculty and staff, including Dr. Amal Al-Malki, Founding Dean of the College of Humanities and Social Sciences at HBKU, along with other government officials and students were also present at the event.

H.E. António Costa, Prime Minister of Portugal said, “In a globalized world, in which borders and distances are no longer major obstacles, Portuguese is a factor of competitiveness, as a language of diplomacy and business, as a language of culture and knowledge and also as an important communication tool for Internet and social media. The geographical dispersion of the Portuguese speaking countries, their cultural diversity and the complementary of their economies are not disadvantages; on the contrary, they are valuable assets for these nine nations and for CPLP, the Community of Portuguese Speaking Countries.”

Following the Portuguese Language Day’s official opening ceremony, students from HBKU’s Translation and Interpreting Institute (TII) delivered a short session on the Portuguese language. It gave dignitaries and guests in attendance a flavor of the language and its significance in the world today. Guests also had the opportunity to get a taste of traditional Portuguese food, and mingle with lusophones during the event. The Ambassador of Portugal to Qatar, H.E. António Tânger, highlighted the importance of Portuguese as a language in today’s world: “The language is the basis of a culture, and the culture is the root of a nation.” He added, “The cultural identity of a nation is like a tree, whose strong roots allow it to battle all adversities.”

Commenting on the celebrations marking the Portuguese Language Day, Dr. Amal Al-Malki, Founding Dean of HBKU’s CHSS said: “Our institutes, centers and initiatives are committed to serving and enriching the society by promoting active citizenship, while preserving our culture. Hosting the Portuguese Language Day at HBKU creates opportunities for open dialogue between our multicultural and multilingual community here in Education City, and also showcases our own rich Arab heritage.”

To find out more about HBKU, its various community initiatives, and public events, visit hbku.edu.qa.