Share
Yousef M. Al-Jaber ‘07, the deputy director of TOTAL Research Center at Qatar, has been named the branch campus’ second recipient of its Alumnus of the Year award. 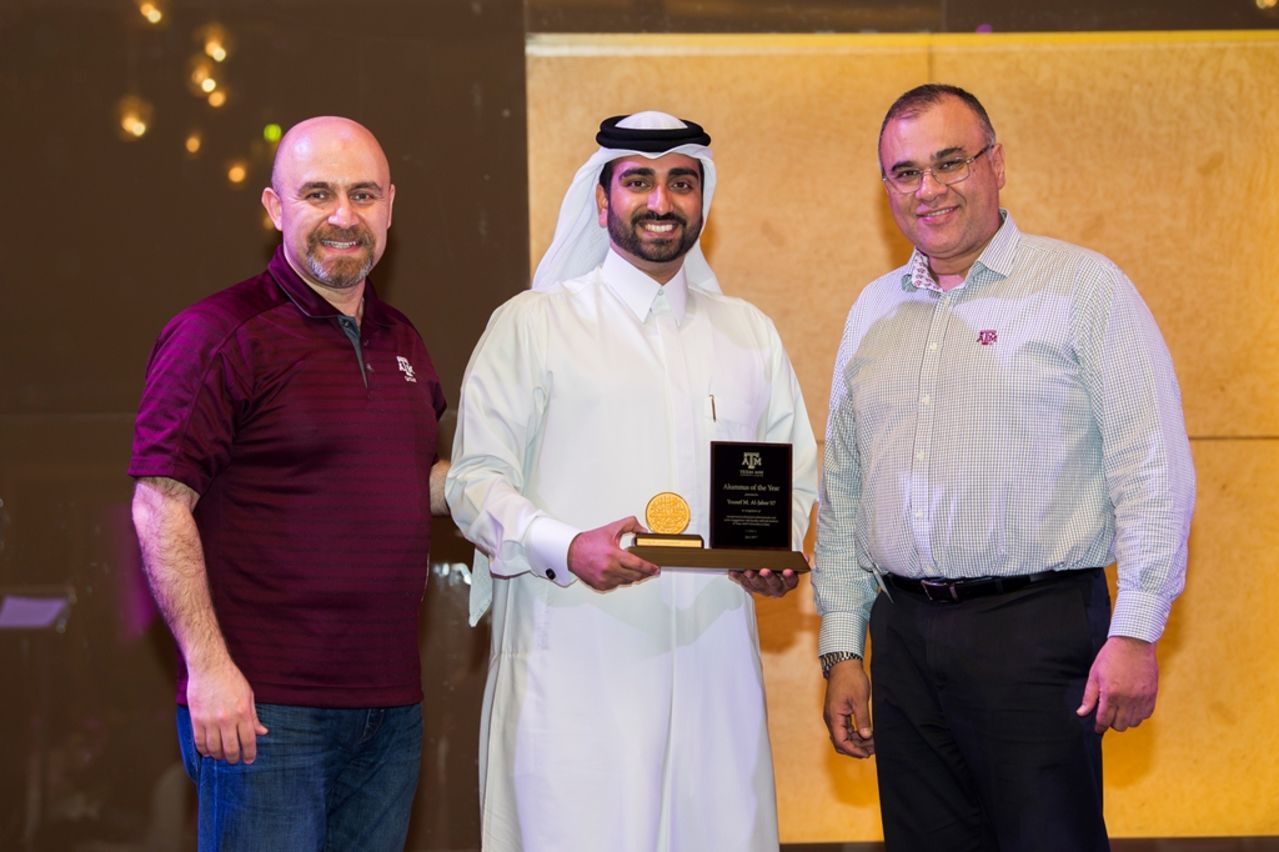 His professional honors include an Appreciation Award from His Excellency Dr. Al-Sada, Minister of Energy and Industry, for his role as Deputy Head of Social Responsibility at 20th World Petroleum Congress. He is the recipient of the Excellence Award from Centrica PLC UK and most recently an ORYX GTL Student Awards at Qatar Industry Water Security Forum. Also, he was a member of the directorate review team for Qatar National Vision 2030 in Social and Environmental sectors from 2011-2016.

Al-Jaber joined Qatar Petroleum in 2008 as a Sustainable Projects Specialist after earning a bachelor’s degree in chemical engineering from Texas A&M at Qatar. In 2010, he spent some time in Centrica PLC, a UK - based energy and services company, as part of Qatar Petroleum’s external attachment developing and researching renewable energy initiatives. He became a Senior Renewable Energy Analyst at Qatar Petroleum in 2011. In 2013, Al-Jaber joined Total E&P Qatar as Head of Corporate Social Responsibility and Institutional Affairs, overlooking the company’s many CSR initiatives as well as developing potential solar energy projects for SunPower, a TOTAL subsidiary. He assumed his current post as Deputy Director of Total Research Center in 2016.

“Being awarded the Alumnus of the Year award by Texas A&M at Qatar is a great honor; I was part of the first graduating class in 2008 and since then Texas A&M at Qatar has graduated more than 800 Aggie Engineers,” Al-Jaber said. “I didn't expect that I will one day receive such a reward, but this is what makes this award special; it came when it was not expected.”