Share
Shanaaz Howell, a Year 6 teacher at the AlMaha Academy for Girls, was named the 2017 Engineering Leaders STEM Educator of the Year by Texas A&M University at Qatar (TAMUQ) and Maersk Oil Qatar on 11 May, during a ceremony that recognized and celebrated some of Qatar’s top science teachers. 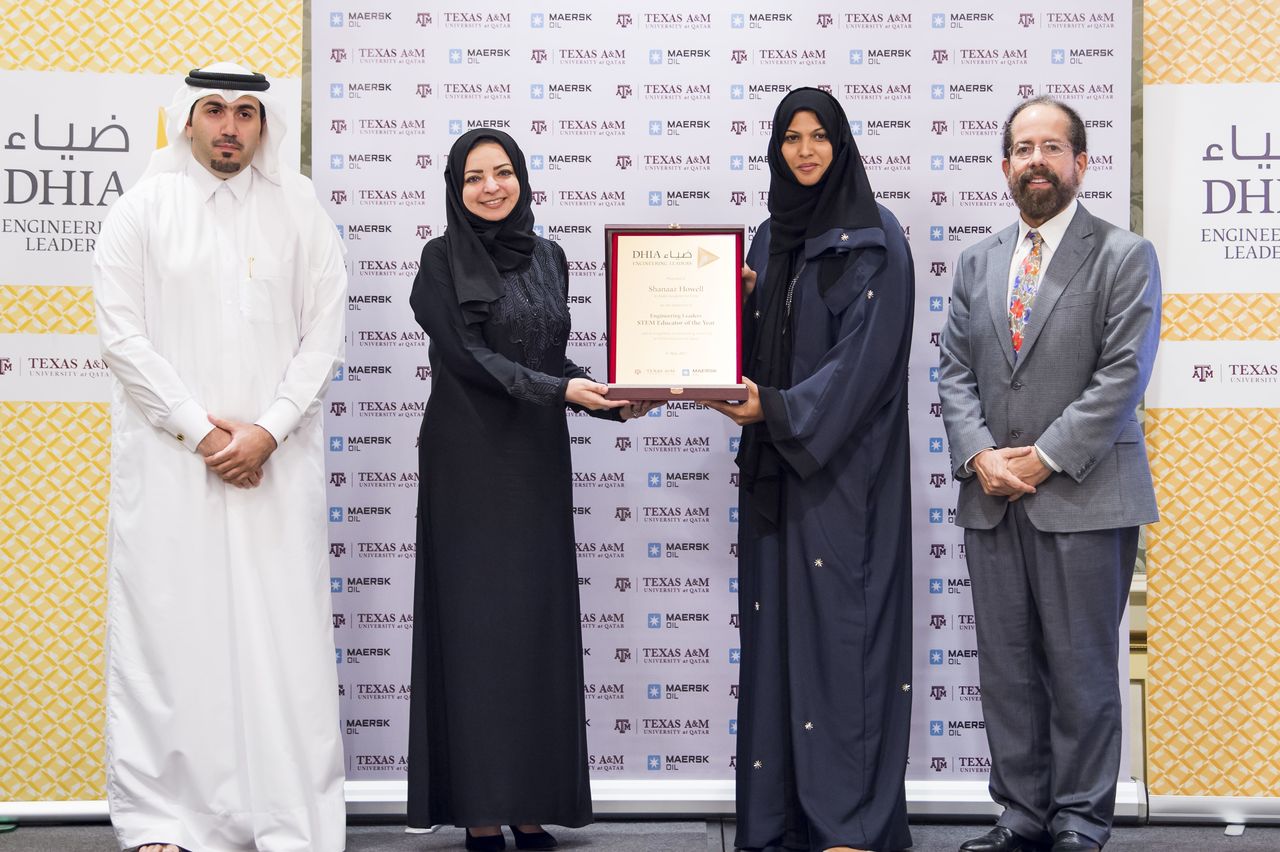 Shanaaz Howell said “I am the winner of the stem educator of the year and I am extremely excited about winning such a prize and more importantly being part of it. I really appreciate being recognized today for all the hard work I do in offering the young students these new techniques and knowledge in learning their subjects because they are the future leaders.”

The STEM Educator of the Year award recognizes teaching excellence in math and science, and encourages educators to instruct and inspire students in these subjects in innovative ways. The competition received a record number of entries in 2017, its fourth year, and continues its direct efforts to support Qatar’s development of a knowledge-economy through education. In being nominated for the award, Howell was described as charismatic, creative, confident and knowledgeable. Her colleagues, students and students’ parents praised her use of technology in the classroom and her willingness to take on new challenges in imparting instructions to students and creating an excellent classroom environment. One nominator said that Howell “strives to get her students thinking about their thinking, rather than transmitting knowledge and filling students’ brains with information” and that students in her class grow to become well-rounded individuals, which is at the heart of the school’s vision. She also shares her expertise with her teammates by creating innovative lessons supported by technology.

Some of her students also submitted letters of support for Howell’s nomination, praising Howell’s leadership of a national research project called “Design for Change” in which the students learned about the research process and how to write a research report. Another student said she had learned to program her own games, which taught her programming, coding, algorithms, debugging and encryption —skills the student said she is certain to use in the future.