Share
Texas A&M University at Qatar (TAMUQ) graduated its largest class ever,  in a ceremony at Qatar National Convention Centre (QNCC), on May 4. 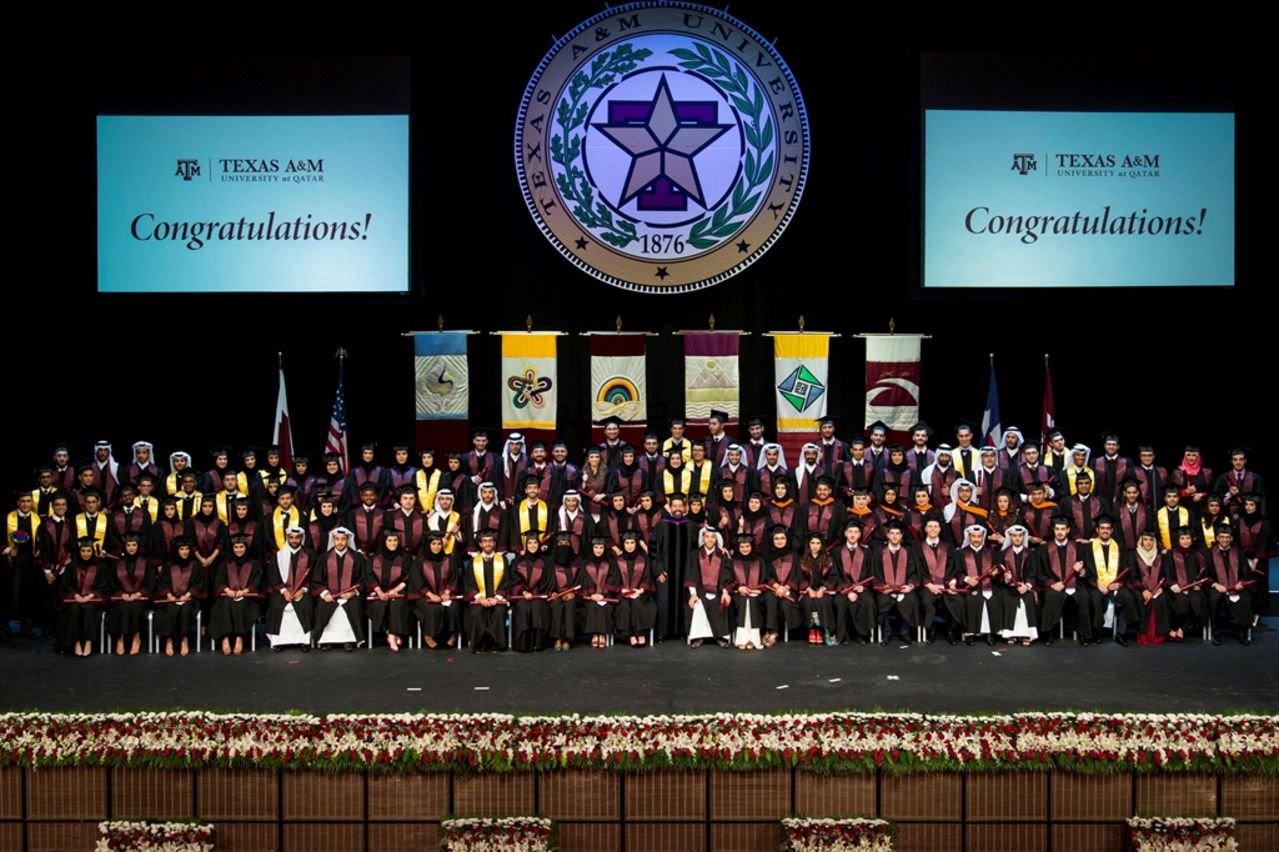 TAMUQ Dean, Dr. César O. Malavé, presided over the ceremony — his first since he joined the branch campus in July 2016. 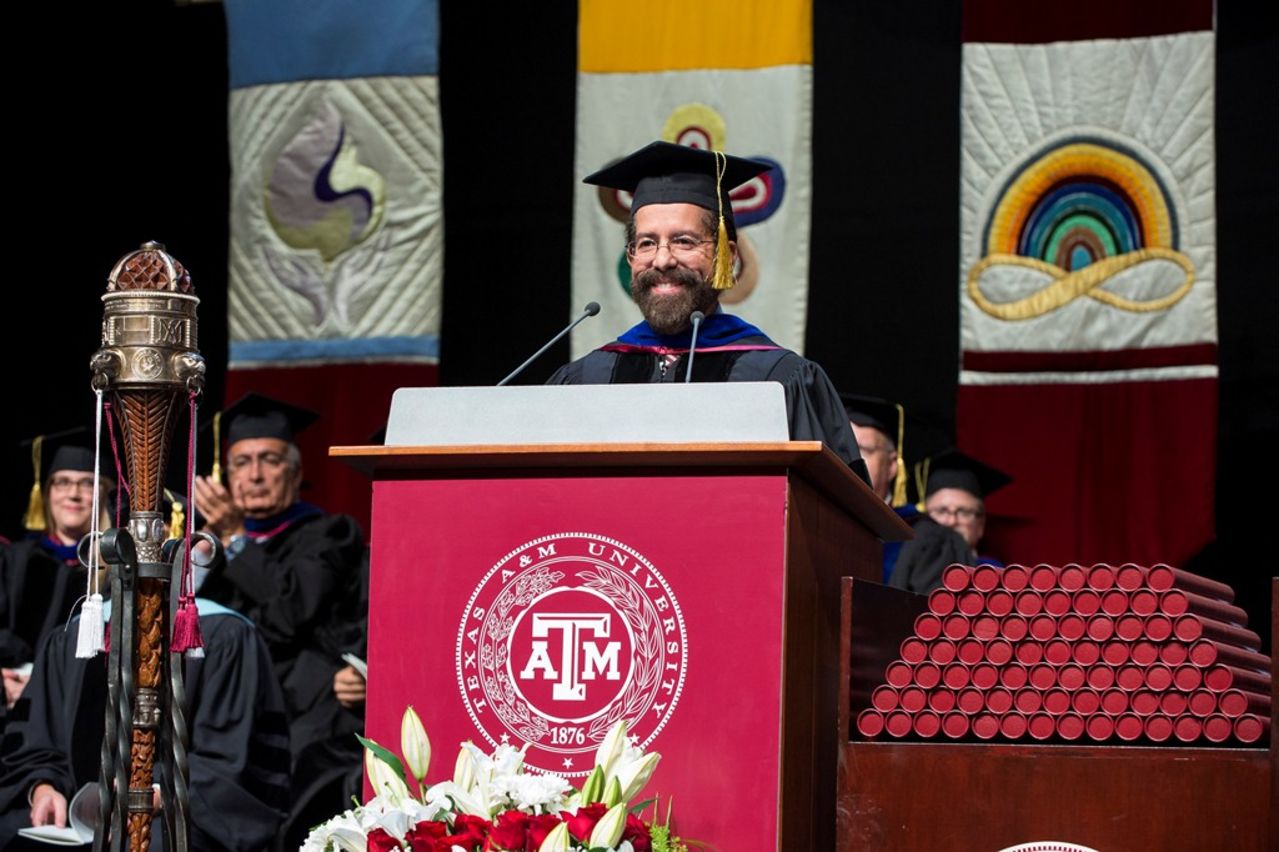 Malavé said, “It is an honor to serve as dean for Texas A&M at Qatar’s 10th commencement ceremony. A dream that started with 29 students in the fall 2003 has now achieved a major milestone. All the credit goes to the faculty and staff who have dedicated their professional lives to the development of these amazing leaders. What you see today are fearless engineering leaders that will transform our world: Aggie engineers who will work hard to tackle the challenges of the 21st century and make our world a better place for all.”

J. Todd Creeger, president of ConocoPhillips Qatar and a Class of 1986 graduate of Texas A&M University, was the night’s guest speaker. Creeger congratulated graduates for earning a college degree, something that only seven percent of adults can claim. 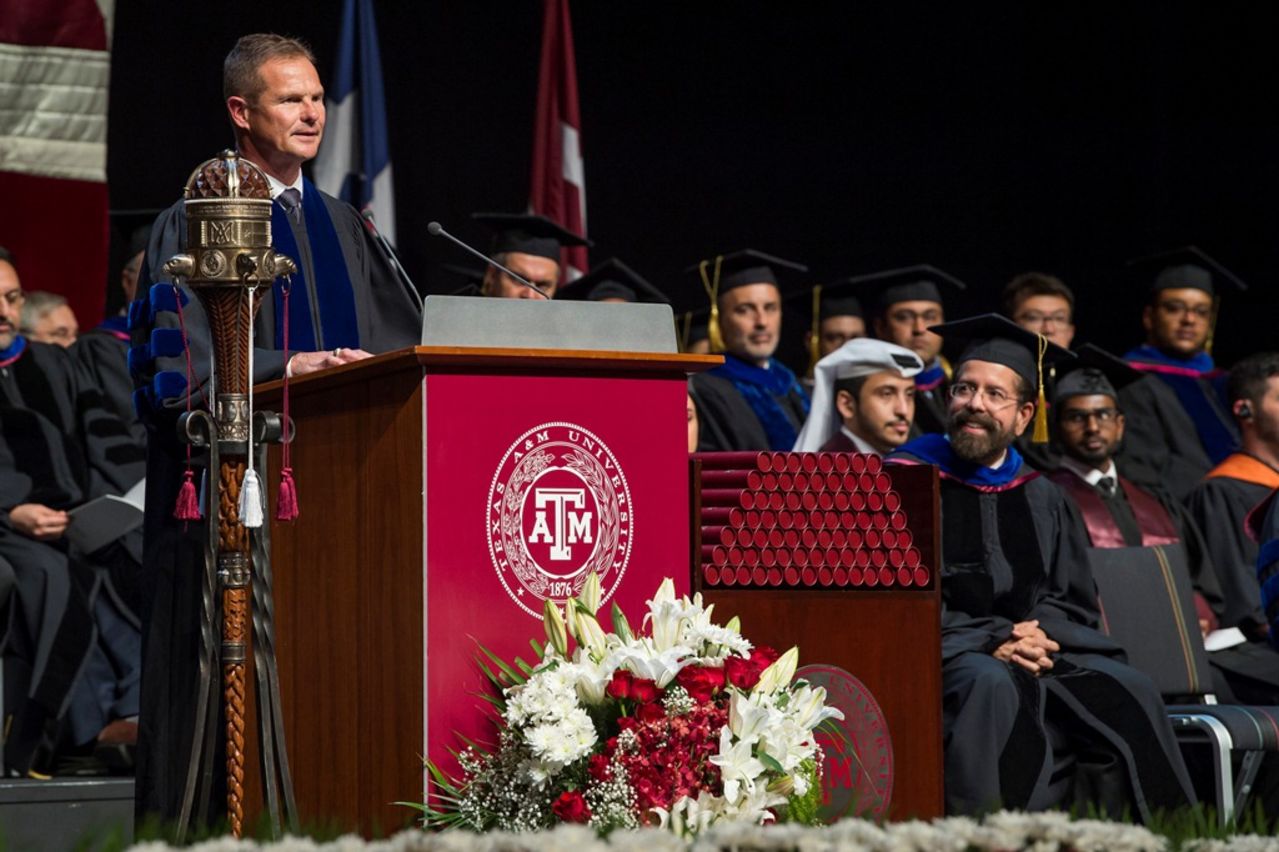 Creeger also gave graduates three pieces of advice he has learned throughout his career: to leverage their membership in the Aggie Network, to be bold and to choose to embrace each new day with a positive attitude, because life is short.

Tariq Atiyah, one of the night’s recipients of a degree in mechanical engineering, was selected by the graduating seniors to give the student address, surprising his parents whom he hadn’t told he had been chosen to speak.