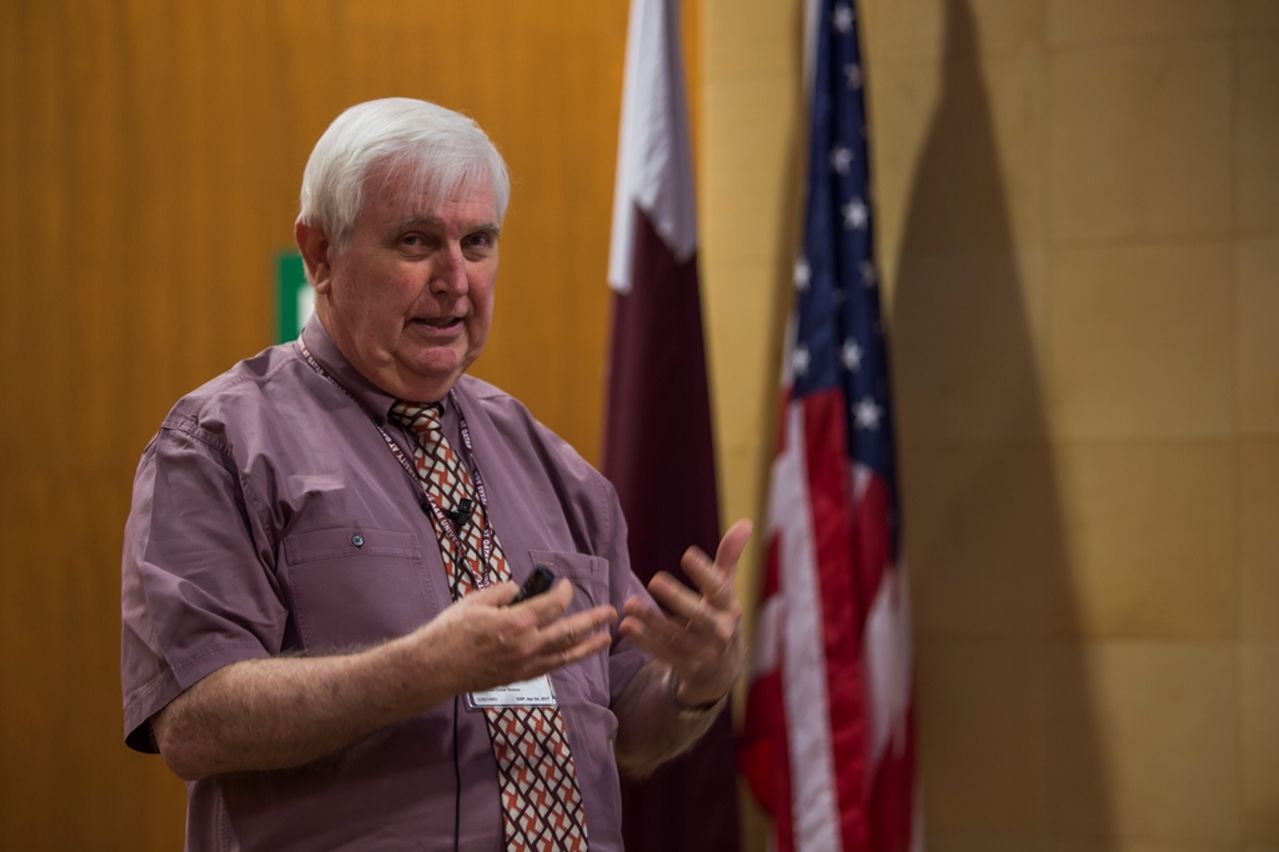 In his talk, “Modeling and Simplicity: Occam’s Razor in the 21st Century,” Lake advocated for the benefits in applying the law of economy when constructing unwieldly, complex models. Lake said large-scale models are often overly complicated, require vast computing resources, costly to build and run and often not achieving their objectives. By contrast simple models are typically more flexible and easy to use, less costly in time and resource, requiring less data and can provide meaningful insights. In his own research in geological modeling, Lake adopts Occam’s razor, a philosophical principle that states that the simpler explanation for something is usually better than the complicated one.

Lake is the Shahid and Sharon Ullah Endowed Chair in Petroleum and Geo-systems Engineering Department at University of Texas at Austin. A member of the U.S. National Academy of Engineering, he is globally recognized for his research and publications in fundamental processes; integrated reservoir characterization; geostatistics, reservoir engineering and enhanced oil recovery. 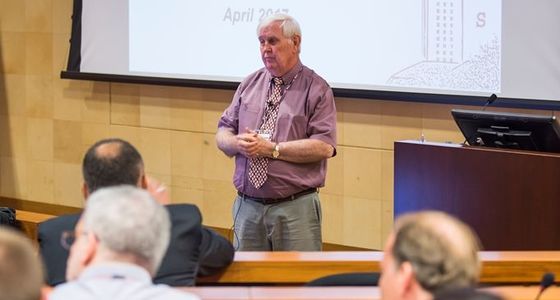 Lake received his Bachelor of Science from Arizona State University in 1967 and Doctor of Philosophy from Rice University (1973), both in chemical engineering. and has been recognized by many professional organizations for his original contributions. Since 2006, he has been an Honorary member of the Society of Petroleum Engineering (SPE). Among his numerous honors are the SPE Distinguished Service Award in 2000; the University of Texas Joe J. King Award for professional service in 2004; and the SPE DeGoyer Award for distinguished service in 2003.

Dr. César O. Malavé, dean of Texas A&M at Qatar, said, “The Distinguished Lecture Series is a visible example of Texas A&M at Qatar’s commitment to creating and sustaining a culture of knowledge sharing and expertise in Qatar. We are honored to have a scholar of Dr. Lake’s caliber join us to share his knowledge.”

Dr. Mike Bowman, chair of the Petroleum Engineering Program, said it was a fitting climax to the year’s events from one of the upstream oil-and-gas industry’s foremost researchers into oil and gas reservoir systems. Bowman said his talk and visit were a great example of what the Distinguished Lecture Speaker series has to offer; Lake also spent time with faculty discussing their research, helping building new links and meeting students.