Students from Around the World to Explore NU-Q

Share
Applications to Northwestern University in Qatar (NU-Q) this year were the highest in its history, increasing by almost 50 percent, with applications coming from more than 60 countries around the world. The percentage of students accepted also fell by seven percent due to increased selectivity and the competitiveness of the class. 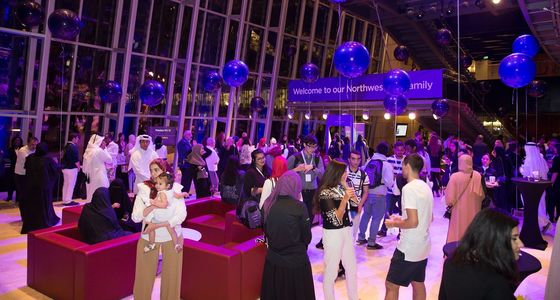 Students who have been accepted – flying-in from 15 different countries – will be attending a Preview NU-Q event at the university later this month.

All admitted students are invited take part in this annual event, which is designed to help them and their families explore academic, social, and professional opportunities offered by the University. Attendees will meet with NU-Q’s faculty, staff, students, and alumni.

In addition to learning about the programs and courses offered at NU-Q, attendees will also learn about extra-curricular activities, including student clubs and opportunities to travel for internships, research, and to study on Northwestern’s home campus in the United States. 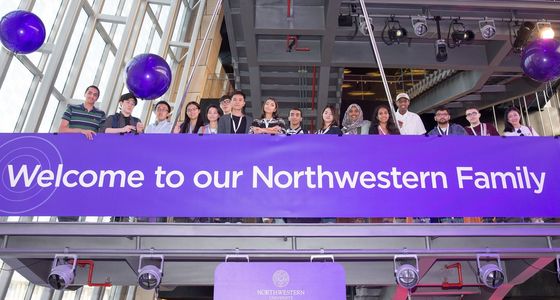 Journalism and strategic communication students will discuss their experiences interning at some of the top media operations around the world, including The Washington Post, Ogilvy and Mather, and Al Jazeera, among others, while media industries and technology students will share their thoughts on Northwestern’s exchange program with the home campus, where many of them spent a semester.

As NU-Q approaches its 10-year anniversary, its student body has grown from a group of 38 students to an enrollment of approximately 300. The university has graduated six classes, with more than 220 alumni who are now making their mark locally and globally by pursuing careers at major media organizations, as well as in government, law, and banking. Also notable, is that NU-Q graduates have pursued graduate degrees from top institutions that include Harvard, Oxford, Cambridge, Northwestern, Cornell, and others.