F1000Reserach is an open science publishing platform that offers immediate publication and transparent peer review of scientific research. The platform aims to avoid editorial bias by ensuring the inclusion of all source data.The process helps scientists to avoid the traditional, anonymous, pre-publication peer-review process that can cause long delays before new results become visible. 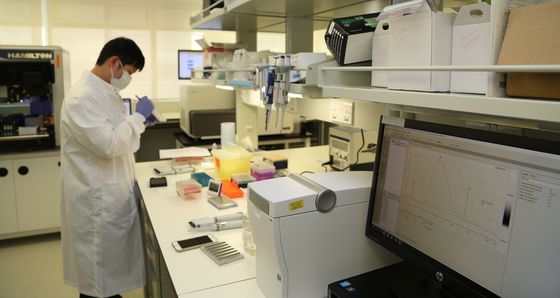 The Sidra Medical and Research Center Gateway -http://f1000research.com/channels/sidra - publishes academic articles, data and presentations by its research staff, with a particular focus on pregnancy, cancer immunogenomics (treatment of cancer using genomic immunotherapy), and transcriptomics (the study of the subset of transcribed genes in specific organisms). All articles and associated data are published immediately followed by open invited peer review, in line with F1000Research’s publishing model.

Dr. Ena Wang, Acting Chief Research Officer of Sidra Medical and Research Center said, “Sidra aspires to set high standards in patient care for the women and children of Qatar through its advanced research programs. We are committed to furthering the scientific understanding of major diseases that have a local and global impact. Big data generation and data sharing are key characteristics of a strong modern research facility like Sidra. It is a driving force for scientific discovery and the implementation of precision medicine.”

Under current publication models, it can take months and sometimes years for the description of novel findings or research to see the light of day. By adopting the F1000Research publishing platform, Sidra has cemented its commitment to move the discovery process forward at a faster pace, without making any concession to the quality of its research. This will also allow for discoveries that are being translated into applications to reach patients in Qatar as well as the rest of the world sooner.

The Sidra Gateway on F1000Research launches with nine previously published articles, six of which present valuable collections of gene expression data painstakingly curated from a public repository of 65,000 studies, validated and loaded into an open source web application adopted by Sidra. These data collections, which will be particularly valuable to those researching breast cancer, HIV and prenatal health, can be found in the Gateway’s “Collective Data Access” channel - https://f1000research.com/gateways/sidra.

The findings reported thus far through the Sidra gateways have potential for direct translation for diseases of both local and global relevance. Novel findings published on the gateway have already received a number of openly available peer reviews including those from scientists working at prestigious institutions such as Oxford University, Harvard University in Boston the Pasteur Institute in Paris.