Following an agreement with the International Astronomical Union (IAU), the three new planets are officially named Qatar-3b, Qatar-4b and Qatar-5b.

Exoplanets are planets orbiting around other stars, outside of the Earth’s solar system. The three newly discovered exoplanets belong to a category astronomers call ‘hot Jupiters’, planets that are in size similar to that of Jupiter (the largest planet in our solar system), which are located very close to their host star and, due to this proximity, have temperatures that range between 1200 and 3000 degrees Celsius. Hot Jupiters typically take about 1 to 10 Earth days for a full orbit around their host star as ‘a year’ on the hot Jupiters lasts only 1-10 Earth days, which is considerably shorter than a year on Earth which is 365 days.

The three new Exoplanets have sizes between 1 and 1.5 times that of Jupiter (12 to 17 times larger than the Earth) and temperatures between 1400 and 1700 Celsius, completing full orbits around their stars in times ranging between 1.8 and 2.9 Earth’s days. The distances to the new planets were calculated to be in the order of 1400 to 1800 light years away, where a light year is equal to 10 trillion kilometers. 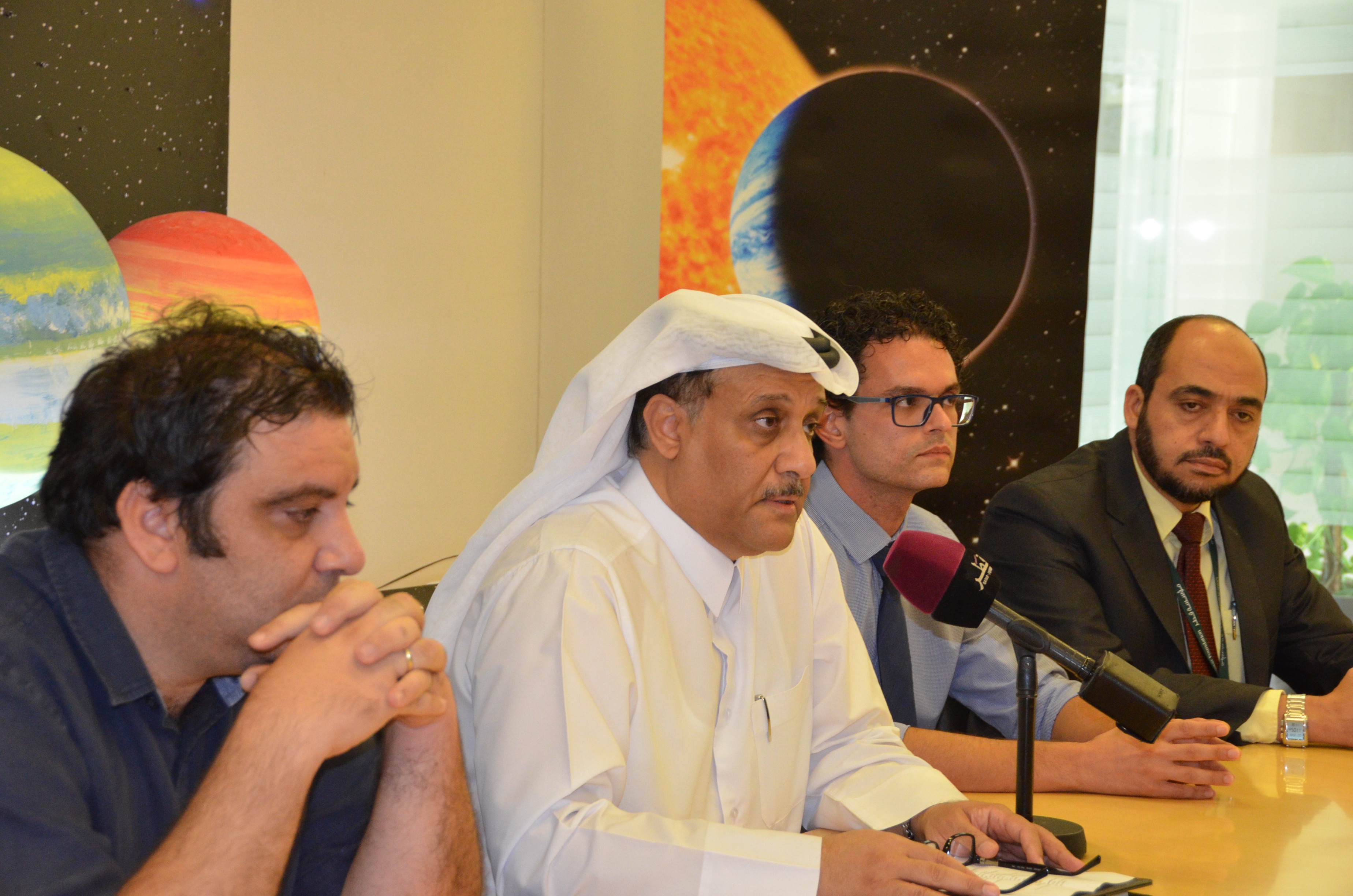 Dr. Khalid A. Al-Subai, the team lead, as well as QEERI’s Acting Executive Director and first author of the publication, commented: “There are thousands of Astronomy Amateur clubs around the world and we hope our technique and algorithms are helpful to them and assist the discovery of thousands of more exoplanets.”

With most of the bright stars in the sky having Arabic names, Dr. Al-Subai hopes that the Qatar Exoplanet Survey and these discoveries resurrect the great tradition of the Arab world in the field of astronomy, adding records of five exoplanets bearing Qatar’s name to the modern astronomical landscape.