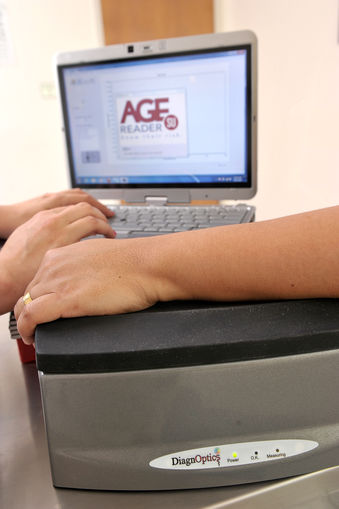 Researchers at Weill Cornell Medical College in Qatar (WCMC-Q) have adapted a technique to allow them to predict if a person of Arabic or South Asian background may suffer from heart problems in later life.

Collaborating with Hamad Medical Corporation's dermatology department, headed by Dr Mohammed M El-Din Selim, the researchers examined whether a technique already in use in Europe and the US could be used in the Arab world. The technique involves shining an ultraviolet light on a person's skin. The skin's fluorescence or glow can then be used to determine the concentration of advanced glycation end (AGE) products in the body.

AGEs are minuscule fragments of degrading sugar-containing proteins that accumulate in the body over a lifetime. In a similar way that the prevalence of cholesterol can predict the risk of cardiovascular problems, so can AGEs.

They are more common in diabetics because of the spikes in their blood sugar levels so the test, which is non-invasive, is of particular interest to Qatar and the wider Middle East where diabetes is a serious health issue. But the machine that delivers the test, the AGE Reader, was developed in the Netherlands for a Caucasian population. Therefore it was not clear whether it would be useful for the darker skins of Arabic and South Asian people.

WCMC-Q's Dr Karsten Suhre, professor of physiology and biophysics and lead investigator of the study, said the research involved 200 Arabs, 99 South Asians, 37 Filipinos and 14 from other countries. Approximately half of the subjects were men and half were women. 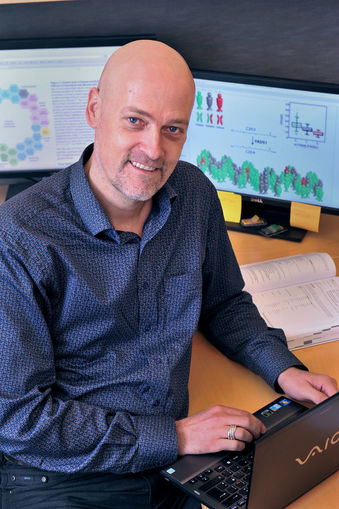 Dr Suhre said: “To our knowledge, this was the largest study performed so far that uses the AGE Reader in South Asians, Filipinos and Arabs.

Dr Dennis Mook-Kanamori, the research associate at WCMC-Q who brought the the AGE Reader to the study, added: “The manufacturers of the machine at first believed that the ethnicity of the person being tested would be inconsequential to the results delivered. We showed, however, that a person’s ethnicity did affect the results - but that the machine could be recalibrated to provide an accurate indication of potential future cardiovascular problems whatever a person’s ethnicity.

“For diabetics in particular, this is an important tool. By applying the AGE Reader test, doctors can give their patients an early warning of potential heart problems and take action to reduce those problems.”

The full study was entitled Ethnic and gender differences in advanced glycation end products measured by skin auto-fluorescence and can be read here: www.landesbioscience.com/journals/dermatoendocrinology/article/26046/

The research was conducted as a side study to Dr Suhre’s main focus, which includes looking for a non-invasive test for diabetes. Part of this involves searching for biomarkers – telltale molecules present in samples of blood, urine or saliva that are associated with the metabolic processes known to cause diabetes.