Launched in September 2015, the competition aims to encourage QNRF-awarded research teams to use artistic images and visuals to highlight the outcomes of their research to a wider audience.From a total of 50 submissions, ten were shortlisted and three outstanding images have been awarded. First prize was awarded to an image of a novel species of fungi discovered during the analysis of sediment collected from Salwa beach in Qatar. Through their project ‘Mapping the Microbial Diversity in the Arabian Gulf Surrounding Qatar using Genomics, Metagenomics and Culturing Approaches’, Dr. Rashmi Fotedar, a Lead Principal Investigator from the Ministry of Environment, andher team demonstrated that Qatari marine sediments could harbor a variety of yet-to-be-discovered fungal species. 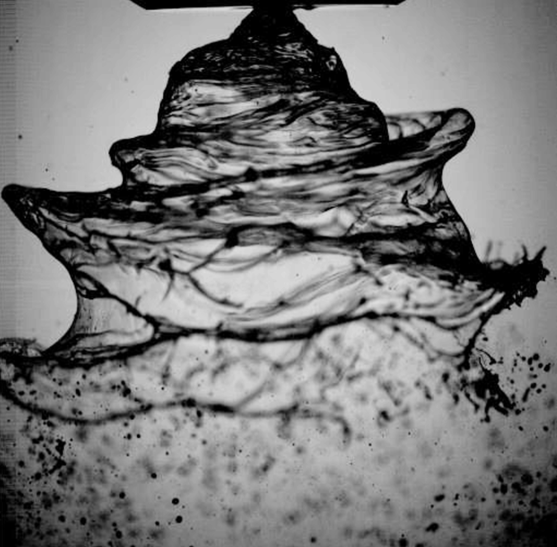 Second prize went to an image taken using a high-speed camera operating at 20,000 frames per second, and was entitled ‘Converting Liquid Fuel into Small Droplets During Spray Process to Enhance Engine Performance’. The picture showed the relevance of predictive models for fuel spray research in a real-life application, and was captured by Dr. Kannaiyan, a Principal Investigator in the project. The project, called an ‘In-depth Characterization of Spray and Combustion Performance of Alternative Jet Fuels at Gas Turbine Combustor Conditions’, is led by Dr. Reza Sadr from Texas A&M University at Qatar. An image entitled ‘Fat Stem Cells Full of Red Fat Droplets’ submitted by Dr. Mohamed Elrayess and his team from the Anti-Doping Lab Qatar, from their project entitled ‘The Role of Preadipocyte Differentiation in Site-Specific Adipocyte Dysfunction and Development of Obesity-Induced Insulin Resistance’, took third place.

The shortlisted images will be displayed by QNRF during QF R&D’s Annual Research Conference (ARC'16), and the winners will be recognized during the award ceremony of ARC’16.