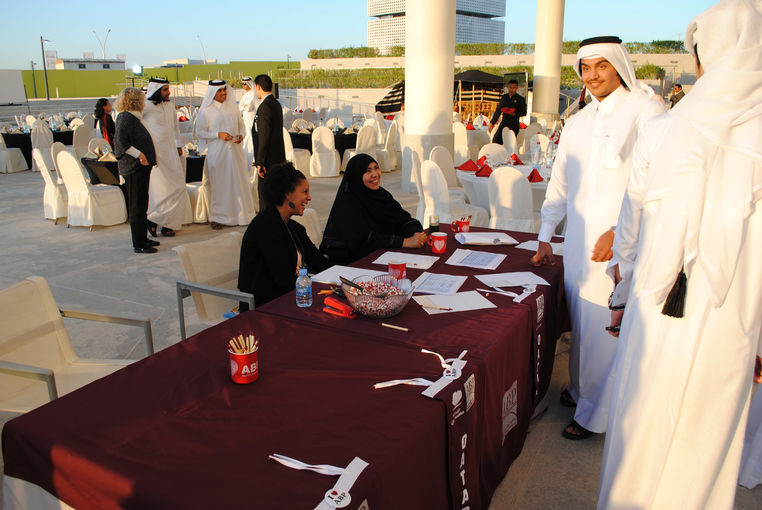 Qatar Foundation’s Academic Bridge Program (ABP) hosted a reunion recently, which was open to all of its alumni.

The ‘ABP Alumni Reunion’ was held outside the ABP’s iconic Liberal Arts & Sciences Building in Education City. The ABP has served over 2500 young men and women since its foundation in 2001. Nearly 90 percent of those attending have been Qataris, and over 85 percent of the ABP graduates have later attended English language universities in Qatar or abroad.

The ABP Alumni Gathering was a celebration of the former ABP students’ successes & achievements over the past 13 years. The ABP alumni were reunited with their former ABP classmates, they met ABP faculty and staff members and enjoyed traditional Qatari hospitality.

The celebrations ran from 5:00 – 8:00pm as large numbers of alumni, from around the world, were welcomed back to the ABP and caught up with each other over karak tea and Arabic coffee which was served under a traditional Qatari tent.

For the past 13 years, the ABP has not only developed the academic curriculum, but has also built on its student activities, through the promotion of leadership, social, recreational and sporting events. In that time, ABP developed a Learning Resource Center (LRC) for tutoring students in Math, Science, Computers and English Language.