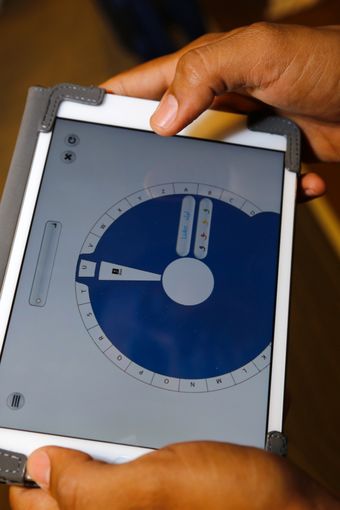 In an effort to make Arabic more accessible to those unfamiliar with the language, Qatar Foundation International (QFI) and Qatar Computing Research Institute (QCRI) recently launched Madar Al-Huruf, a mobile application that introduces native English speakers to the Arabic alphabet.

Meaning ‘wheel of letters’ in Arabic, Madar Al-Huruf is both a physical handheld and virtual wheel. It is user-friendly, designed to be rotatable on two sides and allows non-Arabic speakers to learn how to match English letters and sounds, such as their name, to their Arabic phonetic counterparts.

Originally launched in the US as a physical device, the wheel is being brought to the digital world through the combined efforts of QCRI, QFI and the original designer, in an effort to extend its reach globally to individuals and communities unfamiliar with Arabic.

With QCRI’s expertise in technology around Arabic language research and development, and leveraging the technical advancements that have been made thus far, QFI is now launching the Mobile Application version of Madar Al-Huruf.

Users can download the app from the iTunes store and onto their smart mobile device by visiting https://itunes.apple.com/mx/app/madar-al-huruf/id717596929?l=en&mt=8.

"Learning the basics of Arabic by writing your name, the name of your hometown or a friend's name demystifies the language and increases appreciation for the culture in the process. And that is the goal of Madar al-Huruf," says Maggie Mitchell Salem, Executive Director at Qatar Foundation International.