Share
Qatar Foundation (QF) hosted a special screening of a speech delivered by His Highness Sheikh Tamim bin Hamad Al Thani, the Emir of Qatar, to the 72nd Session of the United Nations (UN) General Assembly in New York this evening at Education City.

The event was attended by Her Excellency Sheikha Hind bint Hamad Al Thani, Vice Chairperson and CEO of QF, alongside a number of senior QF officials, and families from across the country.

H.H. the Emir’s speech was aired at the Hamad Bin Khalifa University (HBKU) Student Center, with the screening open to the general public. The event was also attended by a number of local and social media influencers, who held a series of live discussions with members of the audience. 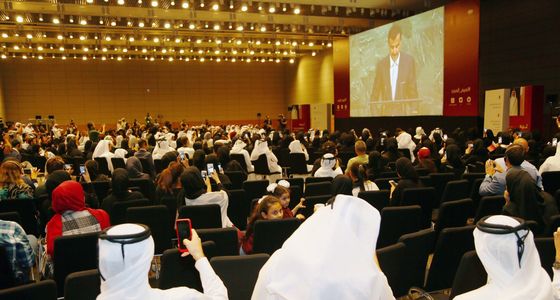 Mrs. Mayan Zebeib, Chief Communications Officer, QF, said: “This one-off screening is an opportunity to bring the whole community together. It’s wonderful to see so many people of different nationalities and of all ages gather at Education City this evening.

“I believe this event not only demonstrates our commitment to supporting Qatar’s future, but also our dedication to standing together as one community, showing solidarity for Qatar and for its leadership. We want to lead by example,” Mrs. Zebeib concluded. 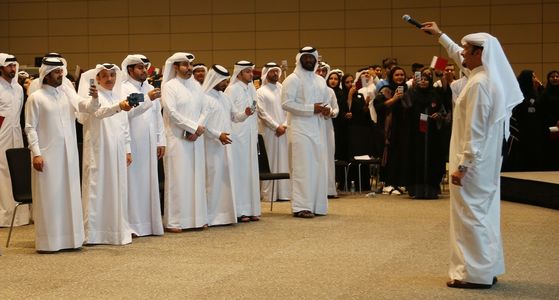