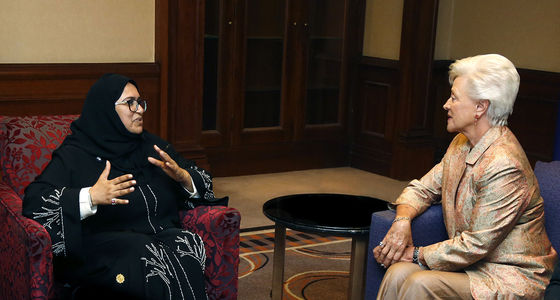 The family-orientated event included a number of information booths hosted by various QF entities and relevant community centers, with on-site representatives to speak with visitors and answer questions.

Buthaina A. Al Nuaimi, President of Pre-University Education, QF, commented: “We’re pleased to see so many members of the community come together to celebrate and learn about Autism Spectrum Disorder (ASD) and show their acceptance and unity. With the many programs, initiatives, and events PUE hosts with Renad Academy in celebration and support of ASD, the main aim is always to inspire acceptance, trust, and educational excellence. This event reflects our role and responsibility to our society and QF’s ongoing commitment to helping, supporting, and equipping all students to reach their full potential.” 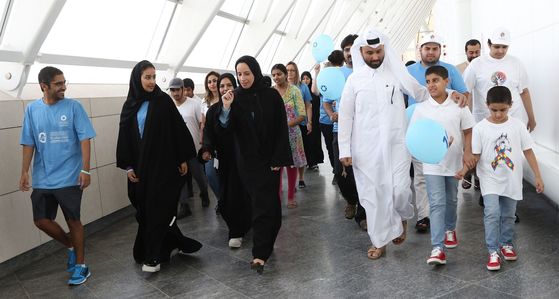 The day kicked off with an Autism Awareness Walkathon around Education City’s Oxygen Park, followed by a variety of awareness, sports, and recreational activities held in the Indoor Arena at AL SHAQAB. Some of these included horse-riding, storytelling sessions, an obstacle course, football games, and a ceramic painting workshop.

Mrs. Machaille Al-Naimi, President of Community Development, QF, said: “Our World Autism Awareness Day event represents an opportunity for us to create greater awareness and acceptance of autism within the local community, as well as support those with the condition and their families. We are delighted to see so many people here today. 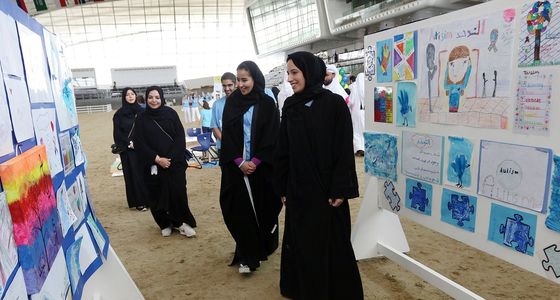 “We are working closely with stakeholders from across the country, and this is just one example of our year-round commitment to raising autism awareness.” 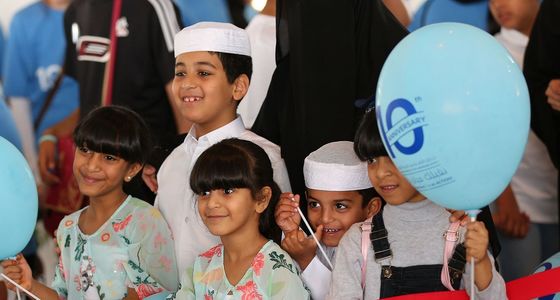