Share
In the presence of 16 independent High schools, which are working under the umbrella of the Ministry of Education & Higher Education of the State of Qatar, the Qur’anic Botanic Garden (QBG), member of Qatar Foundation for Education, Science and Community Development, launched “the Contest of the plants of the Holy Qur’an and Hadith" at the Students Center of Hamad bin Khalifa University, Education City. The Plants Contest is around the plants listed in the “Illustrated Book of the Plants of the QBG”. The contest is a part of the QBG’s educational program specified to the high school students about the plants mentioned in the Qur'an and Hadith. The contest follows the League system between the competing schools and the finale will be in March 2017. 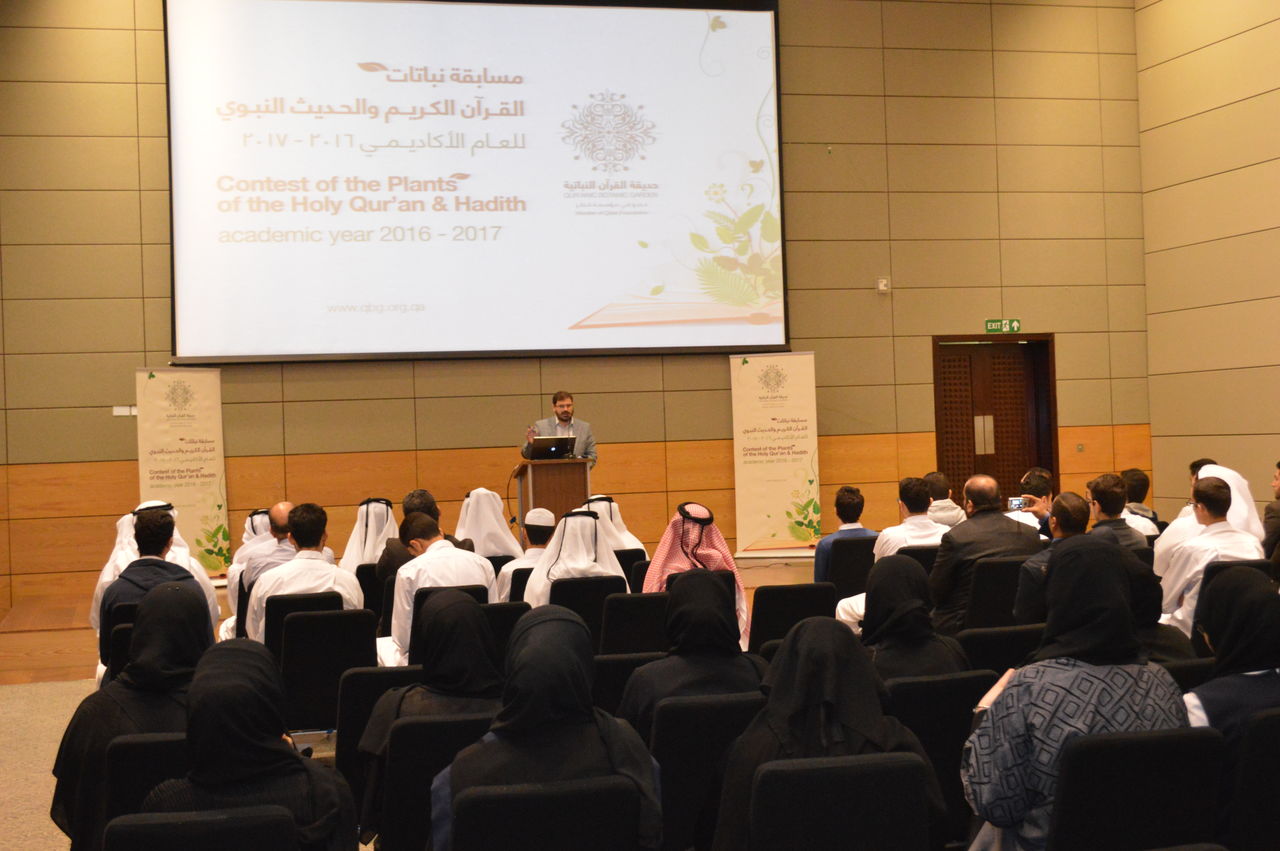 Ms. Fatima bint Saleh Al-Khulaifi “Project Manager, QBG” said “The vision of the “Plants Contest” is to build a generation of ambassadors who believe in the importance of the plants, sustainable and healthy natural environment to all people.

On the sidelines of the competition, the Qur’anic Botanic Garden provides a number of workshops and lectures to the participating schools around the plants mentioned in the Qur'an and Hadith, as well as a number of field visits within the Oxygen Park and QF Plant Nursery to explore plants. During the workshops and site visits, students will also understand many of the scientific information and terms examined by them at different learning stages.

On the opening day of the Contest, the participating schools had been grouped and the rounds’ timetable of the contest has been finalized. Each school received a copy of the "Illustrated Book of the Plants of the QBG”. Also, the first training workshop for students was provided about plants in the Holy Qur’an and Hadith. The Garden will continue to provide training workshops around the plants in November so that the students learn about these plants and gain more knowledge about them. Then the contest will move farther between schools to begin the final rounds that will conclude early March 2017.