Share
Under the patronage of Her Excellency Sheikha Hind Bint Hamad Al Thani, the Vice Chairman & CEO of Qatar Foundation for Education, Science, and Community Development, QatarDebate–a member of Qatar Foundation – the fourth edition of the International Universities Arabic Debating Championship was launched yesterday, organized by the QatarDebate Center at the Qatar National Convention Center. 87 teams representing 46 Arab and Non-Arab countries will compete in the Championship. 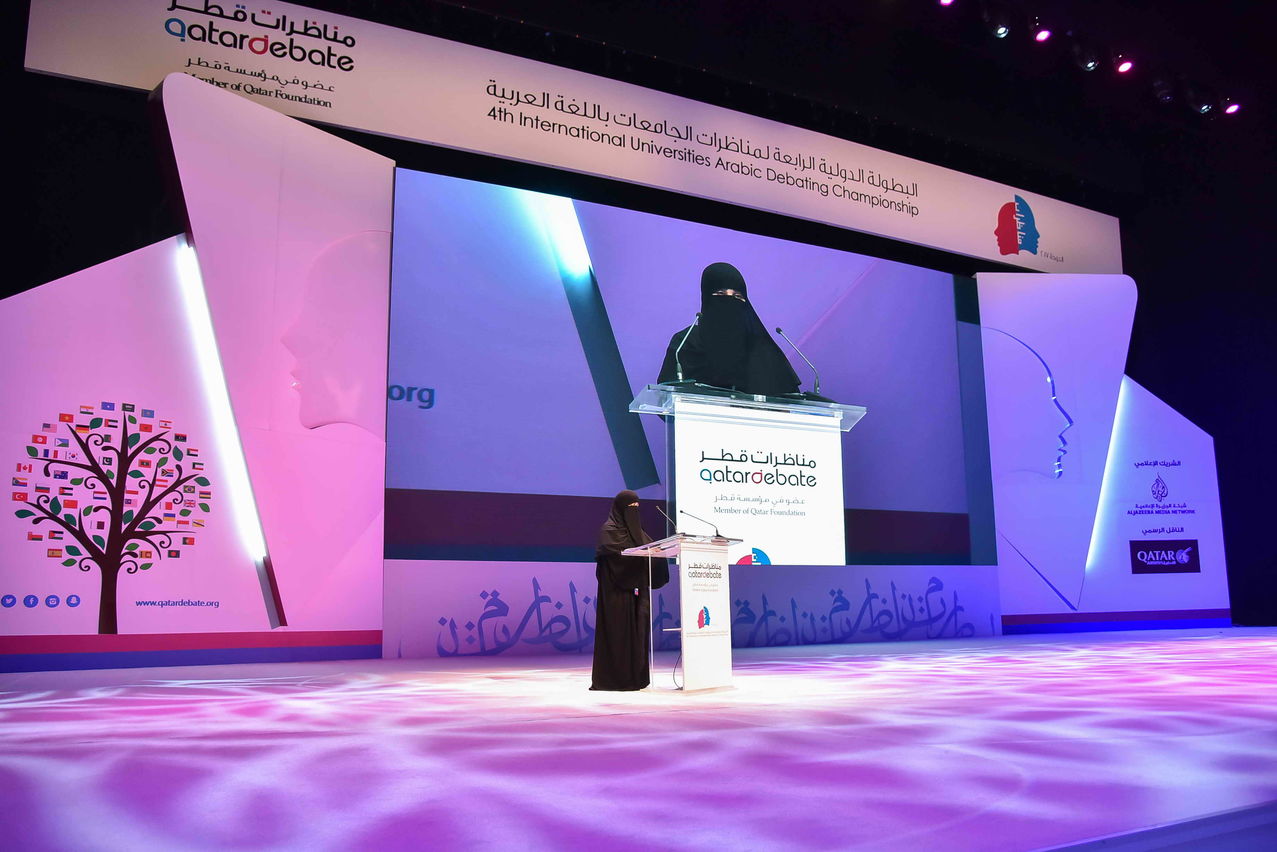 Preparations leading up to the Championship have been immense and well in advance. 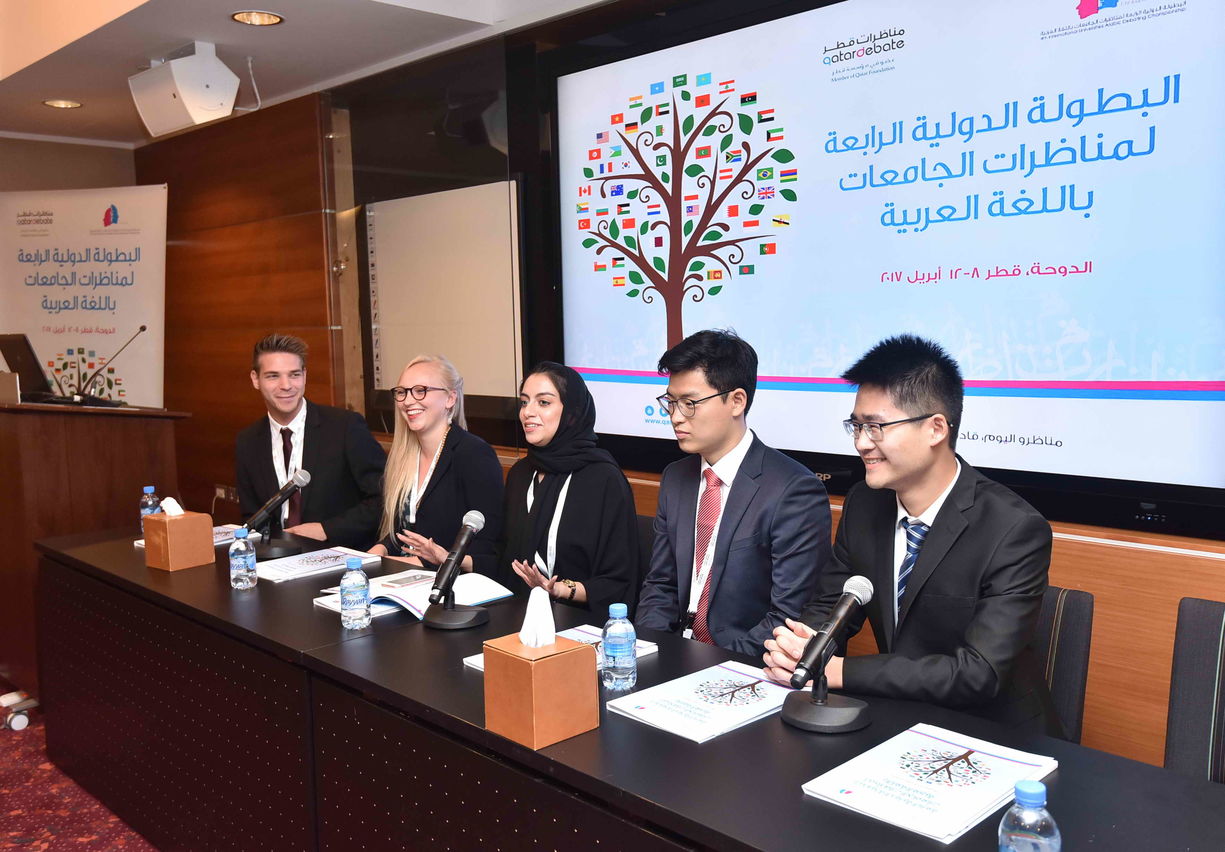 Dr. Hayat Maarafi – Executive Director, QatarDebate – has welcomed the delegates and expressed that the championship is like a youth festival that includes elite group of participants from 6 Continents under the umbrella of Qatar Foundation.

On the other hand, the Center organized training workshops for some of the participants presented by its ambassadors in different countries, with the aim of explaining and clarifying the concepts of the main debate for the participants and answering their questions. 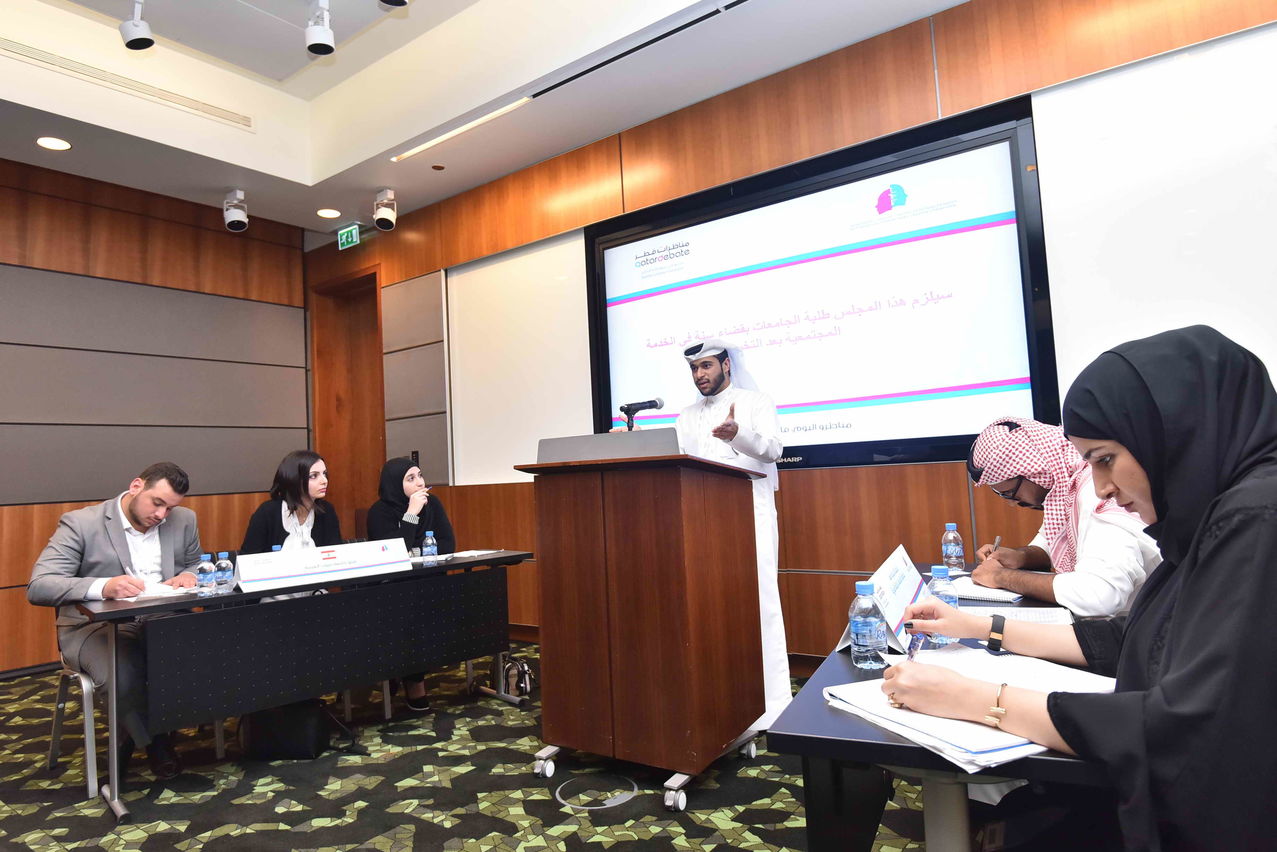 On the sidelines of the championship, a press conference was held of 4 participating teams from non-Arabic speaking countries to share their enriching experience in learning the Arabic language and their corresponding practice to achieve their personal goals and represent their countries apart from identifying different cultures and ideas which contribute to their development and progress. 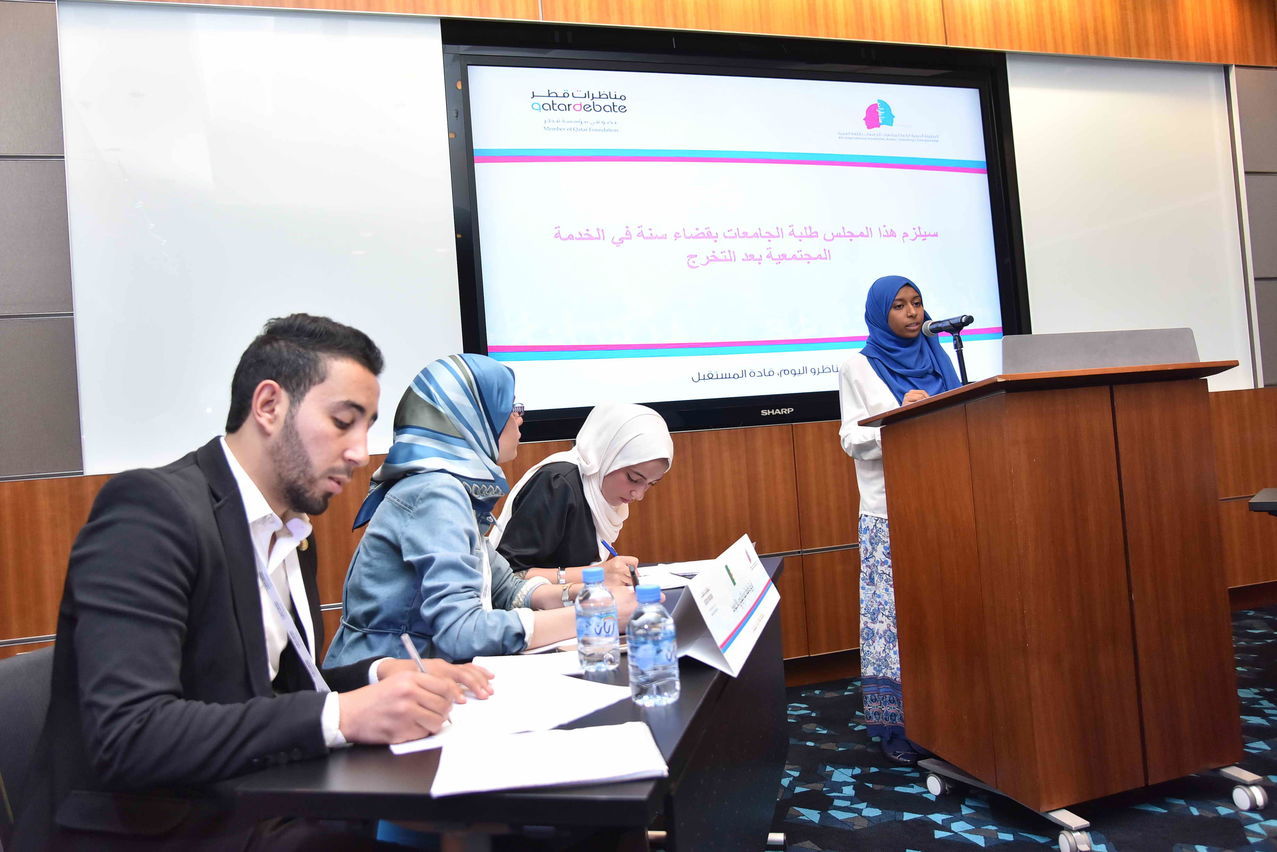 The Championship reflects the message of Qatar Foundation, aimed to unlock human potential by encouraging a culture of constructive dialogue, so as to support the concept of global citizenship, and the leaders of tomorrow.