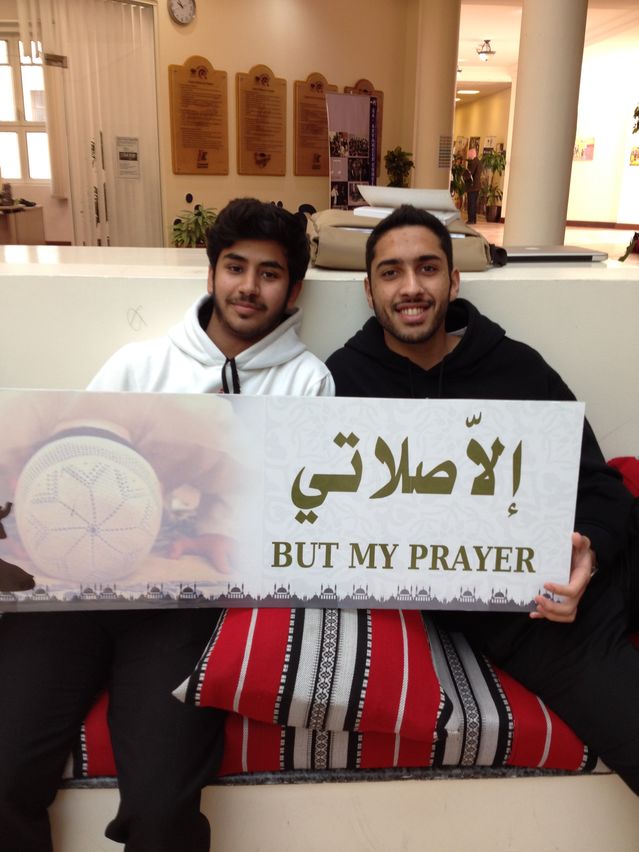 The Senior School Islamic Studies Department of Qatar Academy recently launched a prayer campaign spearheaded and actively promoted by the students. Prayer in Islam is considered to be the greatest act of worship; one of the central elements of Islamic practice and observance of prayer forms the framework of each Muslim’s day.

The campaign’s main message is to remind the Islamic Studies students that “prayer should take precedence over all other activities in life,” according to Academic Coordinator Yasser Ibrahim. Moreover, the campaign highlights prayer as a component of faith and also an important fiber of one’s spiritual journey.

In Qatar Academy’s diverse student population, that also translates to cultural understanding and community building. “Prayer in Arabic means ‘Salah’,” Ibrahim shares. “It is derived from the word ‘connection’ meaning that the prayer connects the worshipper with his Creator”.

Students involved in the initiative displayed verses from the Quran and sayings of the prophet Mohammed (PBUH) on prayer, distributed flyers and placed prayer posters within the Senior School building.

The displays capitalize on the spiritual benefits of prayer and its contribution to creating a balanced individual. Islamic Studies students likewise attended lectures delivered by experts on how prayer can increase productivity even in the midst of studies or work and, more significantly, how it contributes to making the students better members of the school community and the wider community.