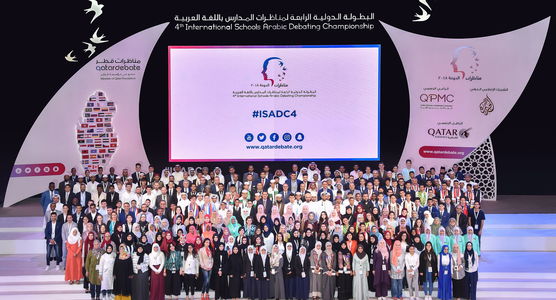 Navarro said, "The team members come from a city where a large number of Arab communities live and I feel very optimistic that they will get high scores. Panama is a blend of many cultures which is a privilege to strengthen relationship between the country and the people.”

Speaking on future plans of Panama in the field of debate, Navarro said the country is encouraging young people to practice the art of debate.This is the second time for Panama to take part in the ISADC held in Qatar, Navarro added. Navarro also expressed her thanks to the State of Qatar and its Government for the generous hospitality.

The Russian and Canadian delegations participating in the ISADC praised the outstanding performance delivered by the students in the first round and the remarkable organization and arrangements made by QatarDebate Center. They emphasized the significance of the motions put forward for debate rounds, a matter contributed to increasing students' awareness of various political, health and sports issues. 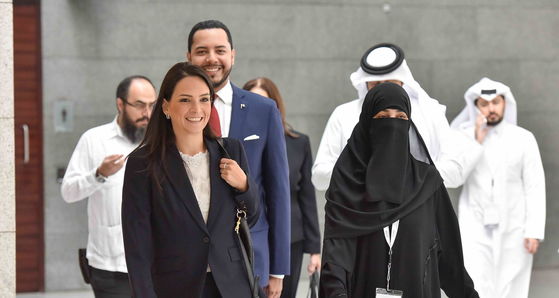 They stressed that the championship contributes to disseminate the Arabic language, broaden critical thinking skills and educate students on respecting the difference of opinion.

Ismail Gondolin, Russian team coach, expressed his thanks to QatarDebate for offering such opportunity to participate in the championship. "This is our first participation and I hope it contributes to the enhancement of bilateral relations between Russia and Qatar, especially in the field of academic education," Gondolin added.

Mahmoud said the ISADC has been extremely beneficial for her in terms of training methods and ways of dealing with students. She pointed out that the objectives of QatarDebate Center to disseminate the Arabic language and develop critical thinking skills as well as spread the culture of respecting the other's opinion are being fulfilled.

"The issues raised for debate this year suit all levels and they include sports, health and political issues," Mahmoud added.