Share
A recent study by Northwestern University in Qatar (NU-Q) found Qataris spend approximately 45 hours per week on the internet, compared with just 27 hours among other nationals in the Middle East.

With interviews from more than 7,000 subjects – including citizens, resident nationals, and expatriates – the survey paints an overall picture of the cultural and political attitudes and preferences of media consumers in the Middle East. 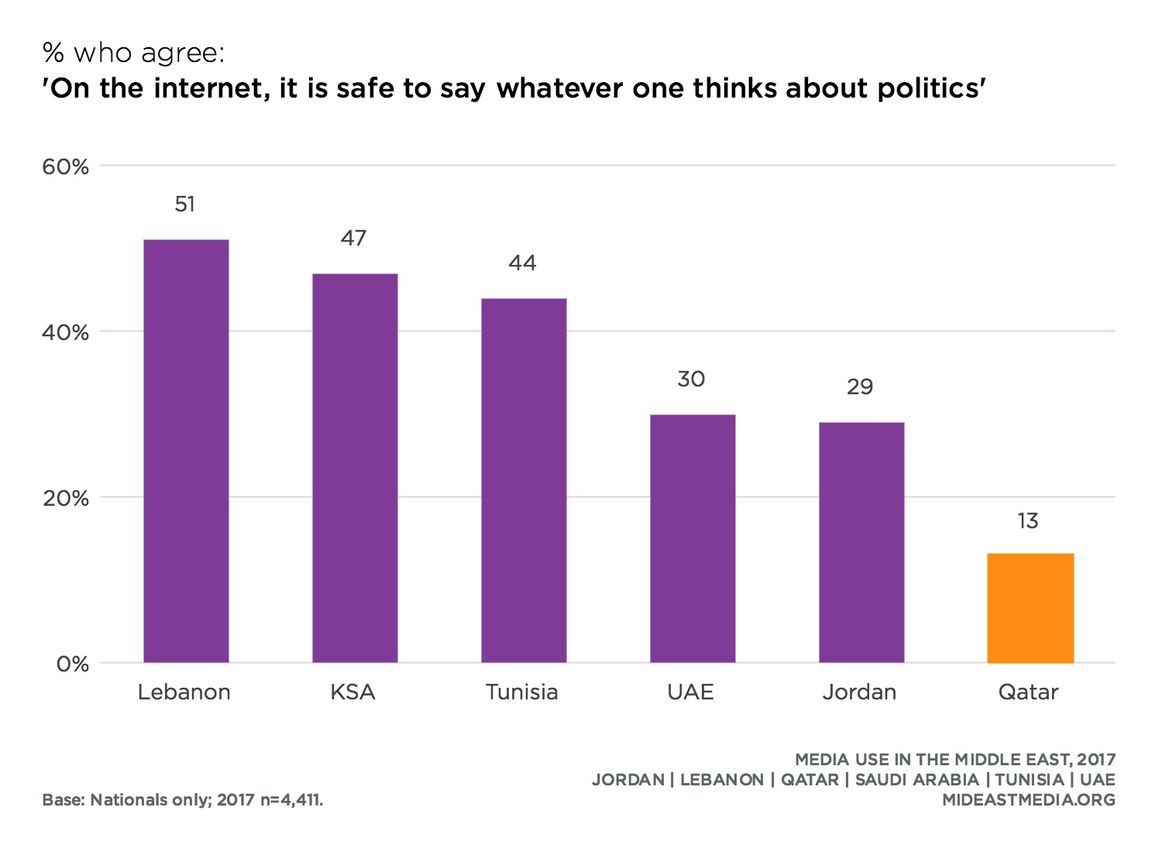 “Our study reinforces the value of longitudinal research. Even small gains or losses in media attention can significantly impact a competitive marketplace,” said Everette E. Dennis, dean and CEO. “In the last five years, our analyses have gained currency in the region and internationally, and has been used by scholars, journalists, as well as media entrepreneurs.”

Qataris are avid social media users. With the growth in Snapchat’s popularity in all countries since 2015, Qataris remain by far the nationals most likely to use it, with more than 60 percent active on the social media platform, one of the highest percentages in the world.

On news consumption, the survey found that only two-thirds of Qatari nationals get their news from their smartphones, which is significantly lower than five of the other nations, except Tunisia, with the UAE having the highest rate at 98 percent. Qataris are also straying from TV news consumption, with only half of the population saying they get their news from TV, a much lower average compared to the rest of the region. 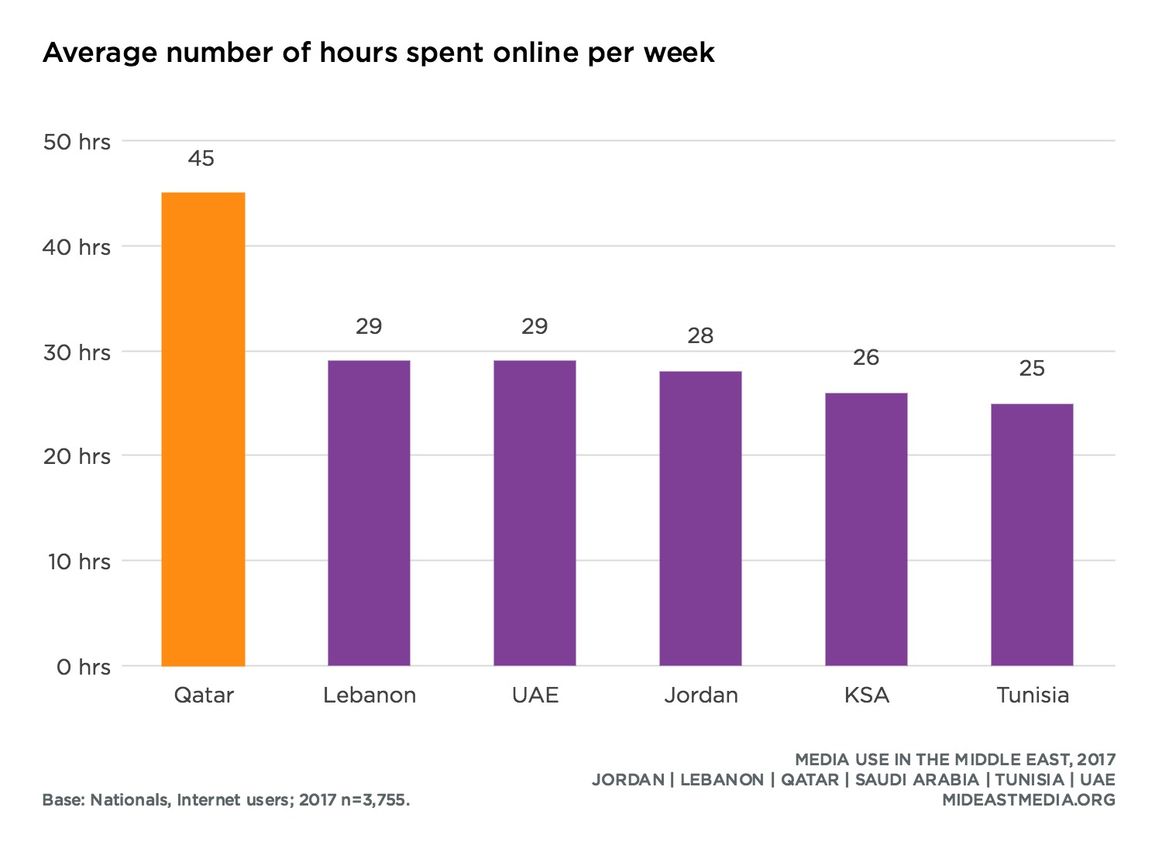 “While our findings suggest that the majority of Qataris (60 percent) feel news coverage of their country is fair, it is worth noting that our data was collected before the Gulf crisis unraveled,” said Dennis. “With the media shake-up and information war that continues to unfold today, it will be interesting to see how next year’s results will compare.”

The annual survey is an institutional project of NU-Q to produce the intelligence necessary for media scholars, producers, governments, and users themselves to make informed decisions about media creation and dissemination, public policy, and media law.