Share
The Westernized definition of feminism, and misconceptions that surround Muslim feminists as being in opposition to Sharia’ law, were challenged in a session at Northwestern University in Qatar. 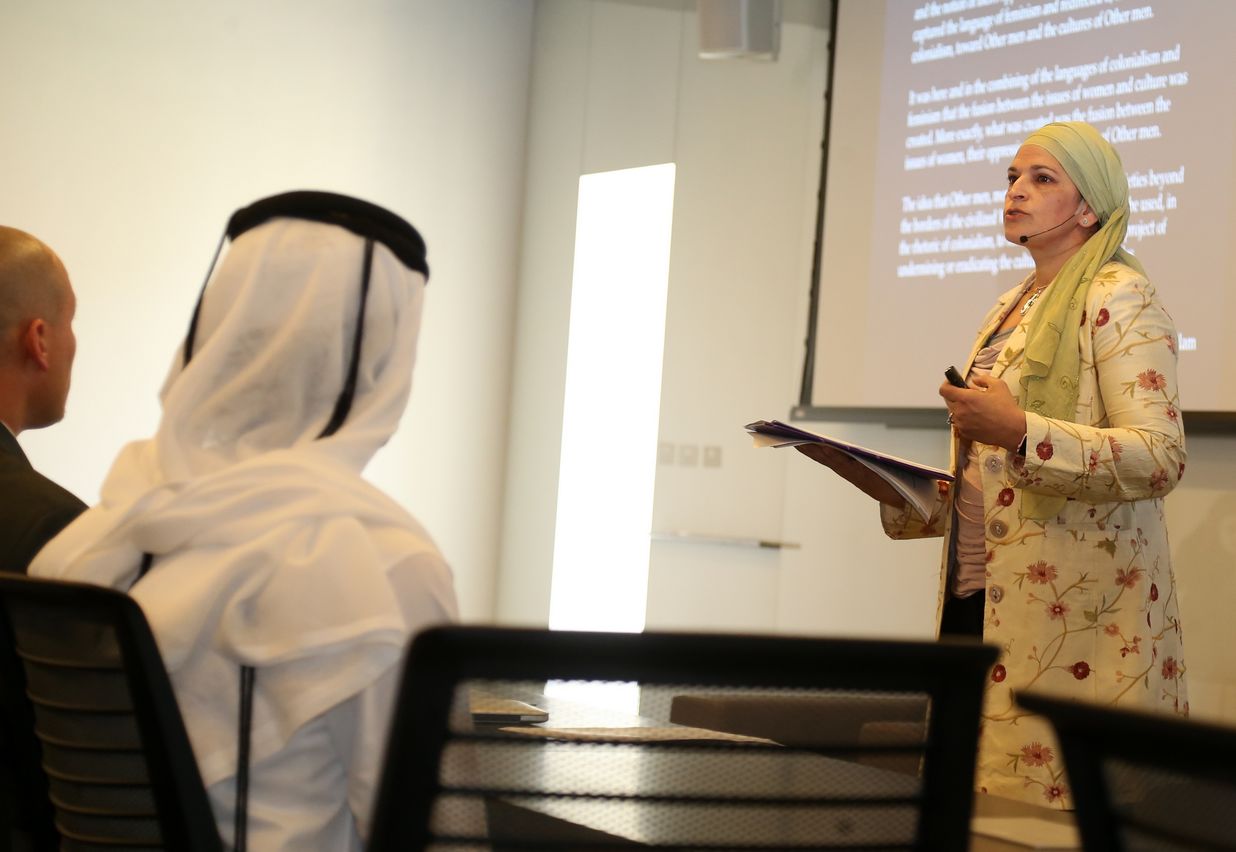 In her session, "How Not to Talk about Muslim Feminism," distinguished scholar and Islamic and U.S. constitutional law expert, Asifa Quraishi-Landes, spoke about the goal of women’s empowerment within Muslim societies. She was introduced by NU-Q Professor Zachary Wright, as well as NU-Q student, Sheikh Thani bin Hamad Al Thani who introduced her on behalf of the student body.

She argued that years of Western colonization have skewed Islamic laws and societal behaviors in Muslim countries. This negatively affected the global perception of Islam, and created false divides between those who support Westernized liberation, and those grounded in Islamic law.

“There seems to be a West vs. Islam polarity,” explained Quraishi-Landes. “So, you’re either for women’s rights and against Islam, or for Islam and against women’s rights. And there is very little room in between. That’s how the international discourse has been set up, and how most people, including Muslim women, talk about this.”

Quraishi-Landes argues that advocacy work for women’s rights in Muslim societies has been most successful when it avoids Western liberation vs. Islamic conservatism false binary. Her research in Islamic constitutional law, which remains an important source for ethical principles in modern governments across the Muslim world, shows that Muslim women had more rights and freedom prior to the colonization era.

She explained that a lack of awareness about the origins of Islamic law, have allowed the West to manipulate the religion and what it actually calls for, “Women in Muslim societies would benefit from more education in Islamic law. This is a proposition that many Western feminists find unpalatable,” said Quraishi-Landes.

Quraishi-Landes’s session is the first of a series of interdisciplinary lectures that are part of NU-Q’s new Middle East studies minor. The minor is an expansion of a certificate program that NU-Q has offered for several years. The new minor will provide students with a critical understanding of the region’s cultures, histories, societies, politics, intellectual contributions, and mediated representations. It also addresses global issues essential for understanding the region, such as decolonization, orientalism, and gender or religious revivals.