NU-Q Participates in Panel on US Presidential Election

Share
Northwestern University in Qatar (NU-Q) participated in its third American Chamber of Commerce in Qatar (AmCham Qatar) panel on the US presidential elections. With previous panels analyzing the presidential primaries and pre-election polls in key states, the final installment offered insights into the lessons learned from the election season, the rise of fake news, and the responsibility of the media. 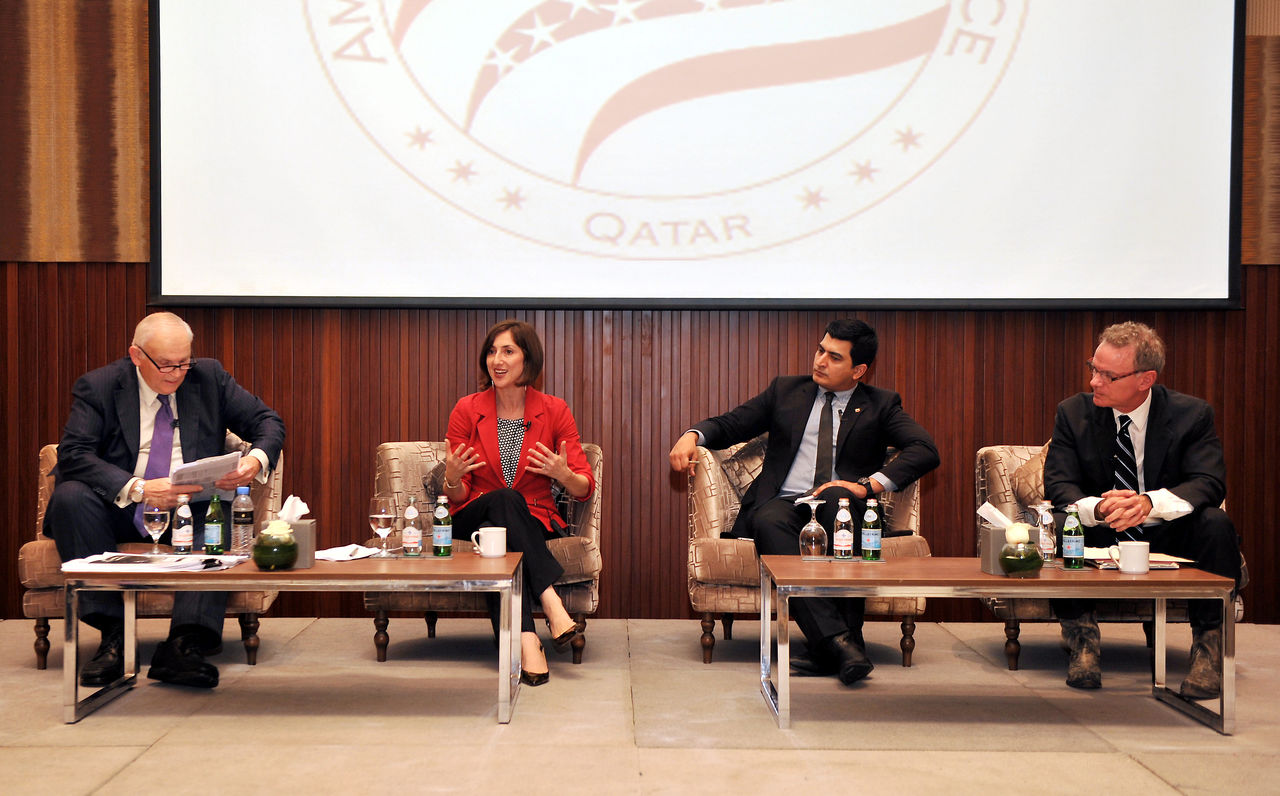 In opening comments to the session, Dennis noted that it has been a “very tumultuous ride from the election forward. With a very unusual post-election period, there have been many questions regarding the future and whom it might affect.”

Starting with the scrutiny pollsters have come under, after numerous sources such as the BBC, The New York Times, and polling aggregation website FiveThirtyEight predicted a clear victory for Hillary Clinton, the panel discussed lessons from the election.

President Trump’s unconventional reliance on social media has also proved challenging for the media. The panelists were unanimous in recommending a revolutionized approach in how the public should be informed of policies affecting them. “Traditional stories do find their way to the public’s attention, but journalists need to flip the script and change the way they think about reporting on the White House,” LaMay said.

Robert Hager, president of AmCham Qatar also noted that Qatar is well positioned for theTrump administration.This administration knows Doha very well. US President Donald Trump himself visited Doha and toured The Pearl-Qatar a few years ago. His National Security Adviser Lieutenant General Michael Flynn and many of the generals and members of the Trump cabinet have been in Qatar.”