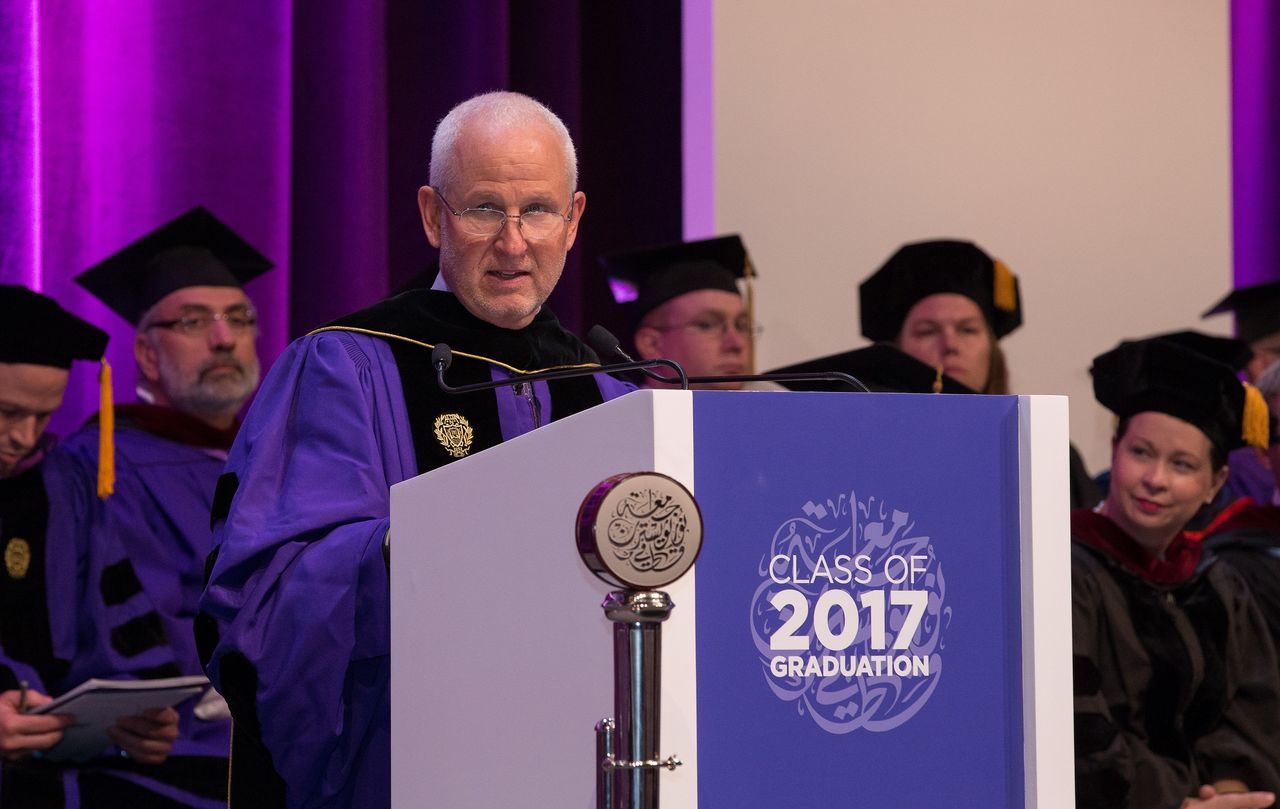 Opening the ceremony, Everette E. Dennis, dean and CEO, noted the attendance of a number of dignitaries and industry professionals, including Morton Schapiro, president of Northwestern University, Provost Daniel Linzer, and several deans and vice presidents.

“NU-Q is Northwestern’s 12th school—and the university’s only international campus, providing an exemplar for NU’s new global strategy,” said President Schapiro. “It is an important member of the NU family from bleeding purple at athletic events and in student life, to the classroom where NU academic and intellectual standards are upheld and extended.” 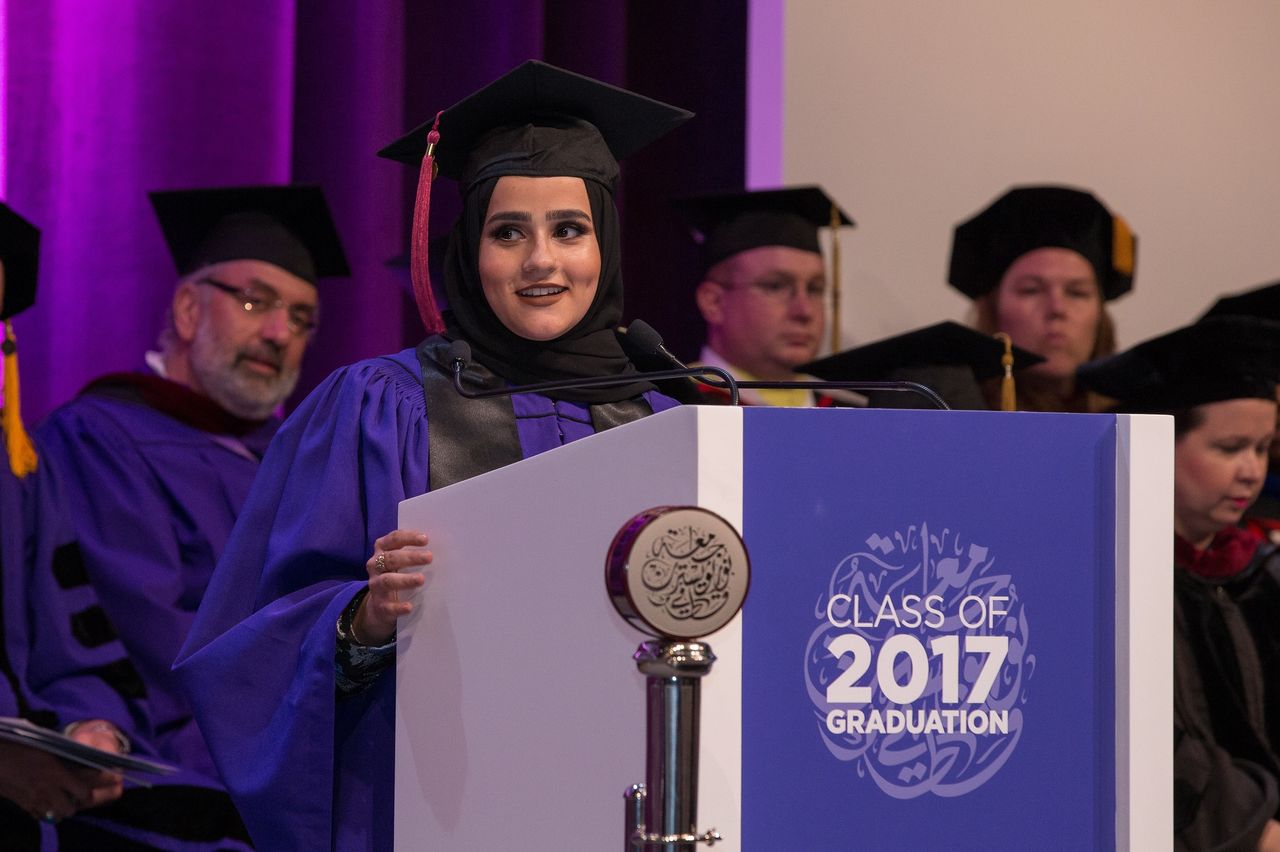 “This marks a proud moment for the faculty and staff at NU-Q and an opportunity for us to join together to celebrate the caliber, character, and capabilities of our graduating students,” said Dennis. “We look forward to watching you move out into the world, fully capable of achieving your dreams and making positive contributions whether you choose to pursue a career in journalism, filmmaking, strategic communication – or attend graduate school. You will no doubt make your mark. 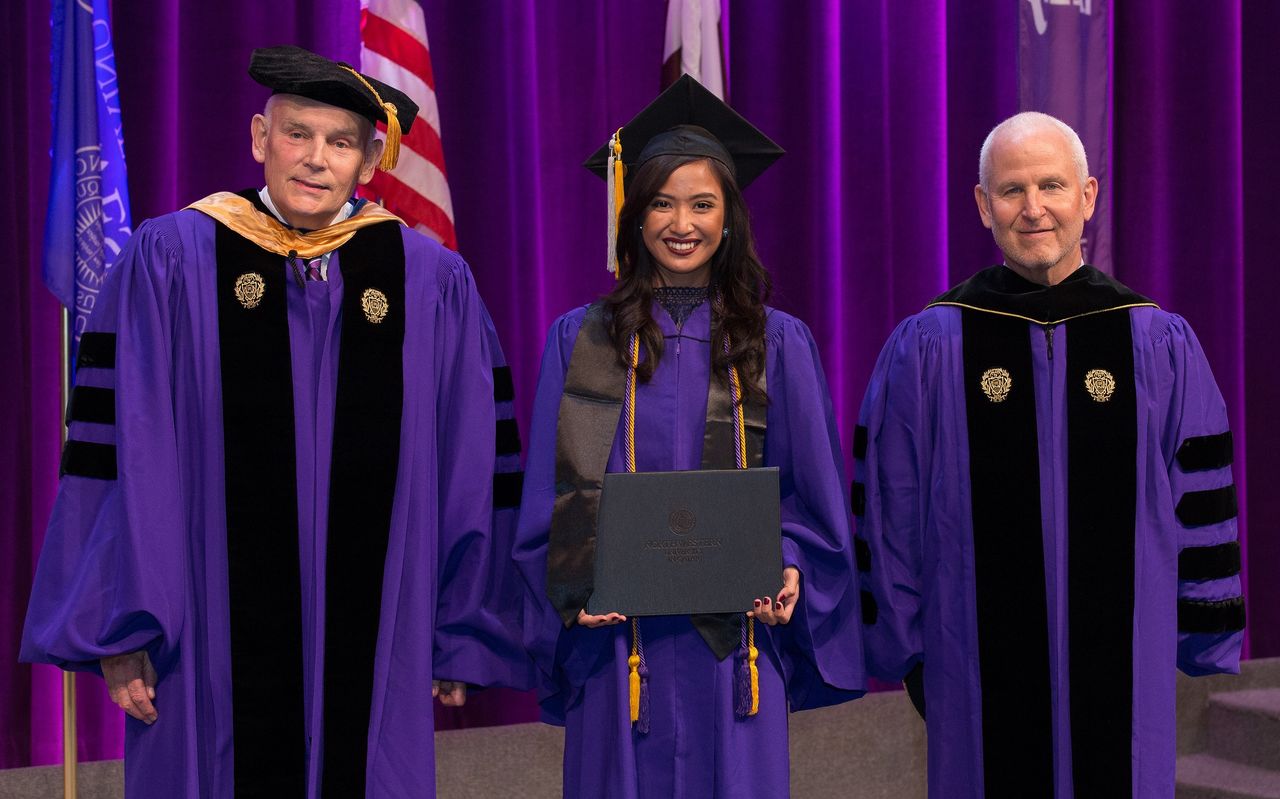 “Everything that we do in life, ultimately serves merely as a frame--a massive arch--to make us see the things we have not yet done,” Thompson said.

He added, “To live fully in this world, to be totally alive to its possibilities and its joys, you have to fall in love with the work of it. You have to learn to love the hero's journey, not only for the brief victory that may come in the end, but also all its potholes, the frustrations large and small, and the friends and the nemeses along the way.”

Earlier in the day, President Schapiro hosted his annual lunch for graduating students and their familes where students were acknowledged for individual achievements.