Share
The blockade imposed on Qatar by neighboring countries has had significant repercussions on the trust people have in the media and has also magnified the dangers of fake news in shaping political discourse and public opinion. Those were some of the conclusions drawn at Northwestern University in Qatar (NU-Q)’s latest Qatar Media Industries Forum. 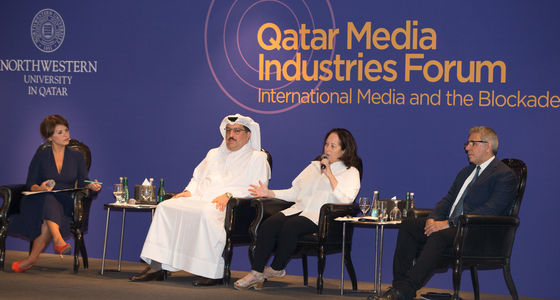 The forum – International Media and the Blockade – included a panel of leading media experts who shared evaluations of the international reporting on the Gulf blockade and considered the role of mass media in the modern era of fake news. 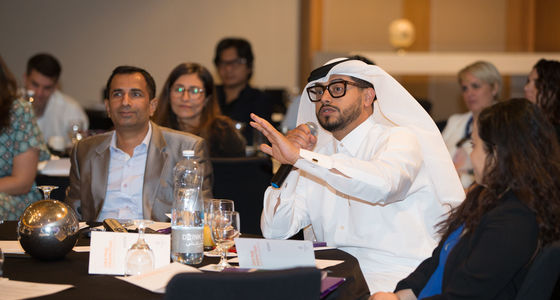 The panel moderator, Professor Banu Akdenizli, also brought up the latest findings of the media survey produced by NU-Q, which provides a unique and detailed perspective on media consumption habits in the Middle East. The survey of seven countries found that, while two-thirds of respondents trusted the media in their own countries, they felt there had been biased reporting of the GCC crisis from other GCC countries.

Referencing this finding, panelists were asked whether this bias would undermine consumers’ trust in the mass media of the region. Al-Mudahka suggested that trust in the media has fallen and that national newspapers in particular are guilty of focusing only on positive news when their readers would actually benefit more from how different organizations and individuals are adapting to new challenges.

QMIF, which was established by NU-Q in 2012, is a unique forum that engages decision-makers on topics of importance to Qatar’s media and communications industry. Each year, QMIF hosts two forums bringing industry leaders together to exchange ideas and expertise across a broad range of topics. Previous forums have included Media Consumption in the Arab World, Mapping Qatar’s Media Market, and Meeting the Demand for Regional Content.