Share
Seven years after the revolution in Tunisia sparked revolts across the Arab world, how deep has the impact of the Arab Spring been on the Maghreb countries? And how pervasive has its influence been on principles, beliefs, arts, and, above all, power and sway in these countries? This is the subject of new research conducted by the Georgetown University in Qatar’s (GU-Q) Center for International and Regional Studies (CIRS), and was jointly published by Oxford University Press and Hurst in 2018. 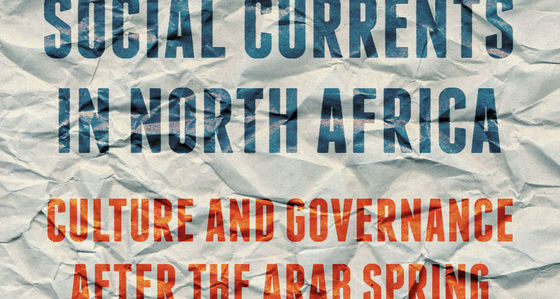 Social Currents in North Africa: Culture and Governance after the Arab Spring, is a product of a group of researchers covering a wide range of issues, from the political implications of Sufism and Salafism in the Maghreb, to cultural conservation, Jewish-heritage tourism, and normalization debates in Morocco and Tunisia. The study tracks the subtle but evolving changes in North African countries in various areas, focusing particularly on social phenomena unfolding in the Maghreb today.

The book is a multi-disciplinary analysis, offering insights into post-Arab Spring governance and today’s social and political trends in North African countries. Edited by Osama Abi-Mershed, associate professor of history at Georgetown University, the book tackles the Maghreb as a cohesive area of study with common historical, cultural, and socioeconomic foundations, which allows for greater understanding of domestic developments from both single-country and comparative perspectives.

“Renowned scholars in the disciplines of political science, history, sociology, anthropology, and media studies have engaged deeply and critically with the latest social scientific literature on the Maghreb,” said Abi-Mershed, who is also the former director of the Center for Contemporary Arab Studies (CCAS) at the School of Foreign Service at Georgetown University in Washington, D.C. He added, “Taken as a whole, their individual findings confirm that the scientific legibility of North Africa is not fully captured in fixed political divisions and periodization, or by state- and elite-centered processes alone.”

After the dust has settled on the Arab uprisings, optimism has faded to cynicism as ongoing conflicts continue to rage in many parts of the Arab world. This book explains why the ongoing transition in Maghreb countries has been different.