Share
Northwestern University in Qatar (NU-Q) has concluded a jam-packed program of events for the Ajyal Youth Film Festival as part of its on-going contributions to the development of Qatar’s media scene and encouragement of local talent. 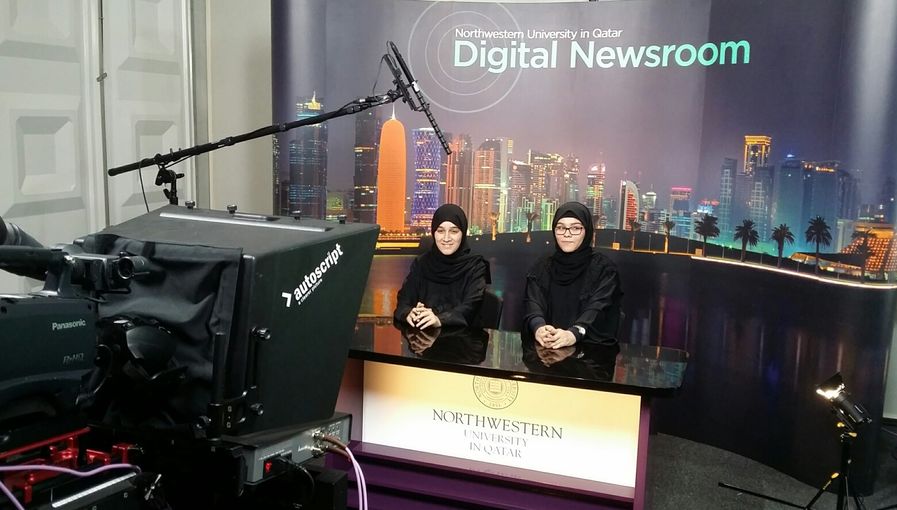 Activities at the Qatar-based festival included the premiere of five student and alumni films, a TV studio open to community members who were invited to test their newsroom skills in front of the cameras, a cinematic analysis workshop and an interview with award-winning international film director, Roger Allers. 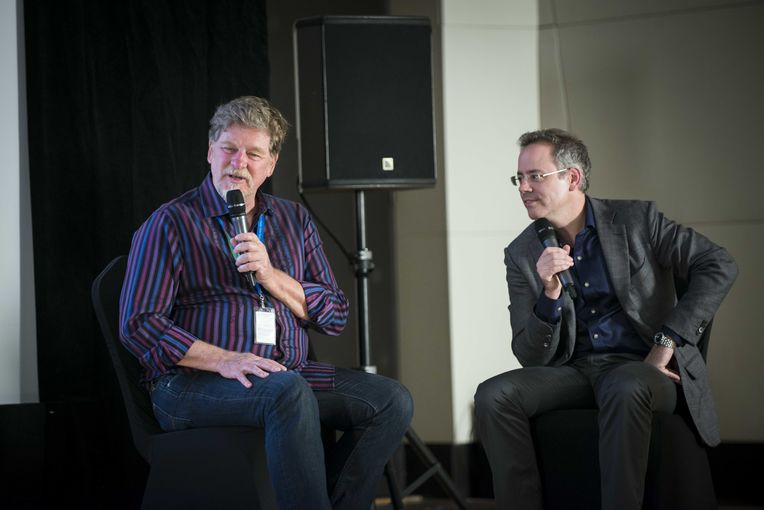 NU-Q was honored to have Her Excellency Sheikha Al Mayassa, chairperson of Qatar Museums, Doha Film Institute and Reach Out to Asia, visit the newsroom exhibit with her children. As part of the Ajyal Film Festival, Scott Curtis, director of the communication program and associate professor in residence at NU-Q, also led a workshop titled “What Do You See? – An Introduction to Film Analysis,” that offered students the opportunity to recognize patterns of similarity and difference in the interplay between various elements of a film.