Home Media CenterKhouri to NU-Q Students: Don’t be Dazzled by Change and Fighting in the Middle East
العربية
See all results

Khouri to NU-Q Students: Don’t be Dazzled by Change and Fighting in the Middle East

Share
Rami Khouri, a global voice, scholar and commentator on news, culture and politics in the Arab world, recently urged students at NU-Q to look beyond violence when evaluating the profound change underway across the Middle East. 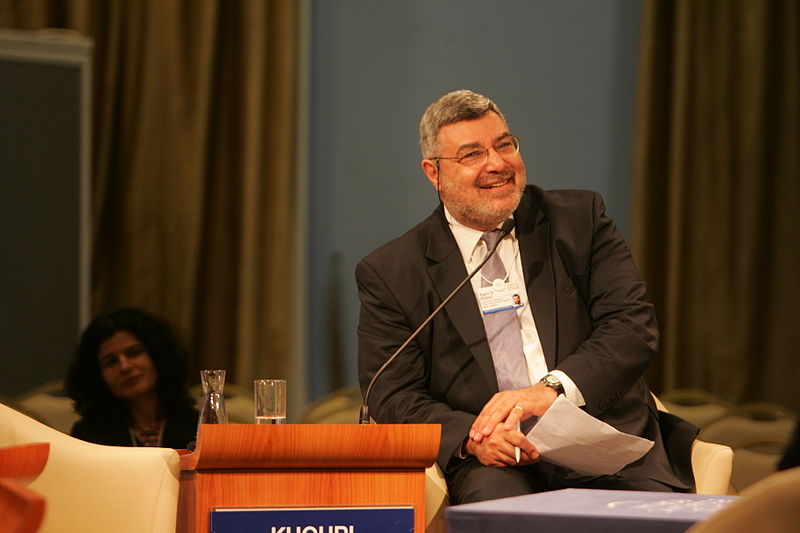 Khouri, an internationally syndicated columnist who has worked in virtually every aspect of the media business in the Middle East for the last 45 years, recently concluded a short residency at NU-Q.

He is a senior fellow and founding director of the Issam Fares Institute for Public Policy and International affairs at the American University in Beirut. He currently serves as a member of NU-Q’s Joint Advisory Board and has been a fellow and visiting scholar at Harvard University, Princeton University and Stanford University.

His keynote talk “Craft, Art, Entertainment or Activism: the role of the Journalist in the Middle East Today,” captivated the NU-Q community. In it, he urged young journalists not only to focus on what he called the “most intense and profound moment of change since the Middle East became the modern Middle East,” but also to pursue context and a deeper understanding of the more constant and enduring values in the region. This, he maintained, is central to the success of good journalists and to meaningful citizenship.

“I think it is important to note the immense changes but also the continuity in some areas, and not to be dazzled by the cacophony of change - the fighting and the war, explosions and armies, drums and all that,” Khouri said. “To recognize that at the core of society, the most fundamental relationships of power, identity and the roles of people have not changed very much, impacts journalism in a big way.”

Acute awareness of often competing forces such as professionalism, commercialization, privatization, politicization, sectarianization and fragmentation, he said, give way to a fundamentally strong media landscape and are particularly important in the region.