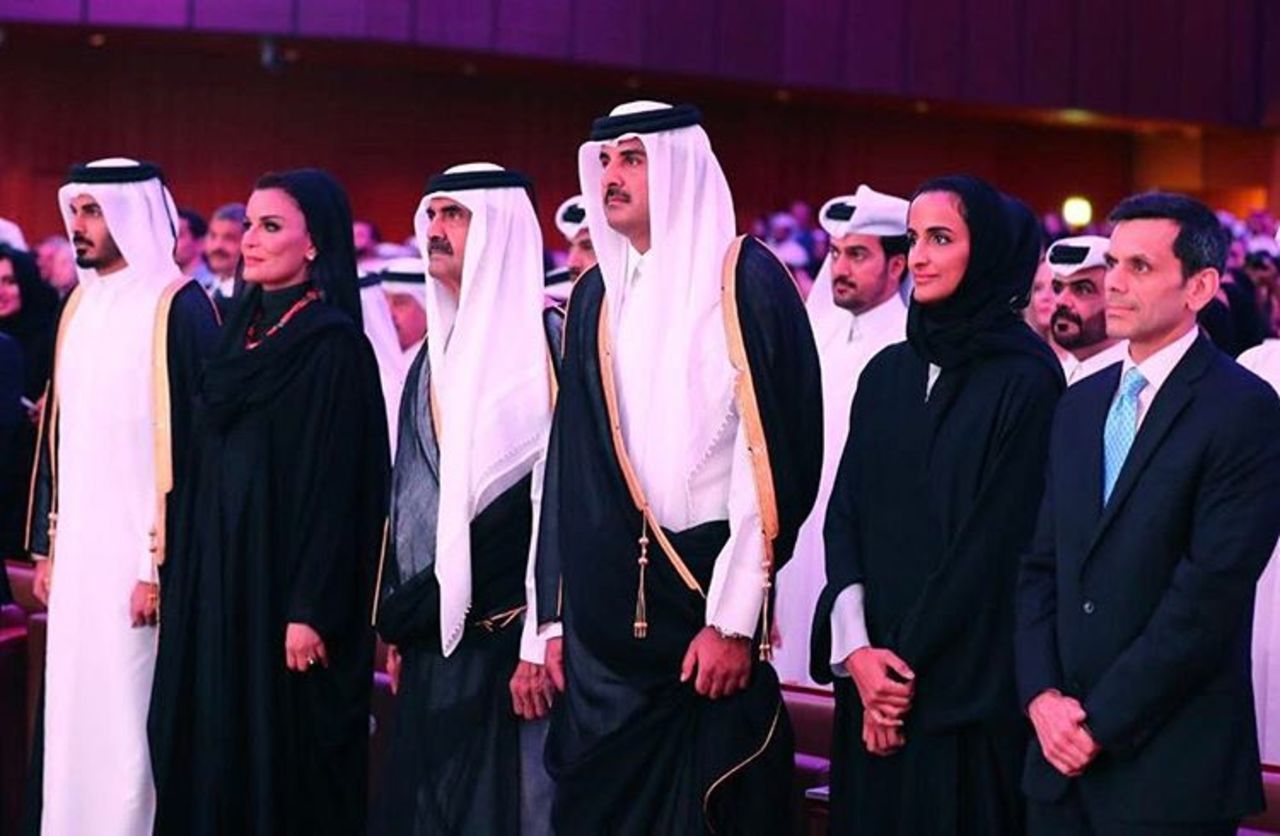 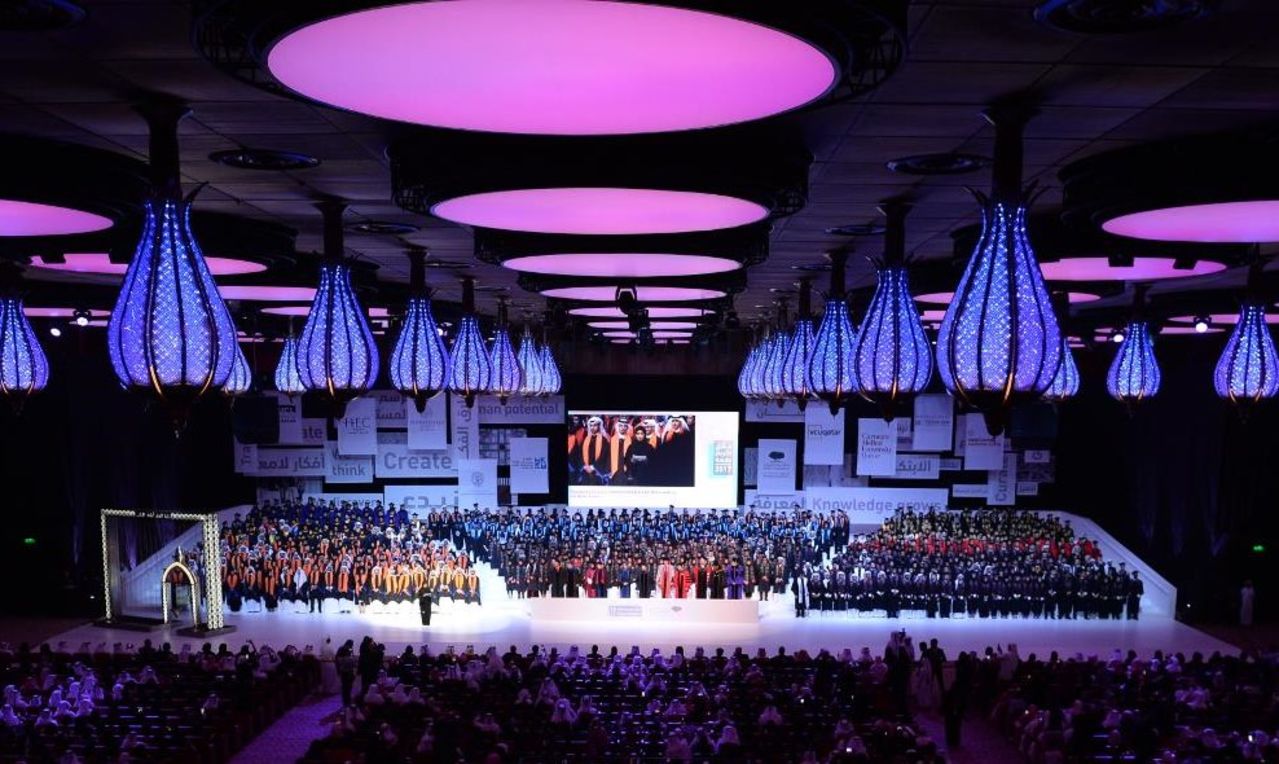 During the ceremony, H.H. Sheikha Moza gave a speech, congratulating the young men and women on graduating: “Today, as you move towards your future with degrees from the best international universities, I would like to remind you that knowledge and morality are interlinked. Morals guide knowledge towards the good of humanity; they are intertwined. No civilization has flourished without the pillars of knowledge and morality.”

Continuing, H.H. Sheikha Moza announced a new initiative: “In order to enhance these morals and instill them in our young people, we have decided to launch an award named ‘Akhlaquna’, which will be given to those young people who exemplify great moral character.”

Yasmine Mostafa delivered this year’s keynote speech, under Convocation’s theme of ‘Breaking New Ground’. Discussing her innovative project, in which she harnessed the power of rice straw in Egypt, Yasmine demonstrated how age is no barrier to success, and encouraged the young men and women to pursue their dreams.

In discussing some of the difficulties she faced over the years, Yasmine explained the importance of persistence. “No one can predict the future, but I know I want to do my Masters and then a PhD. I also want to continue conducting research in the fields of environment and energy, and to implement my project internationally. I know for certain that I want to continue having new experiences, face new challenges, and, of course, to be persistent,” she said.

The Convocation ceremony also featured a short film, which included testimonies from the graduates and highlighted a selection of the Class of 2017’s achievements and accomplishments; as well as a group photo alongside the dignitaries. Concluding the event, the graduates passed through the ‘Door to the Future’, a symbolic passage representing a new phase of responsibility and challenge on their continuing journey of growth and lifelong learning.