Share
On any given Friday afternoon at the Rumaihi household, the house is filled with the exuberant voices of innocuous children and adult banter as generations of the family gather around for their weekly respite from the flurried activity of everyday life. The atmosphere is chaotically relaxing in a way that only a large gathering of family members can be: the never-ending buzz of chatter and laughter that comes with years of inside jokes and shared history. 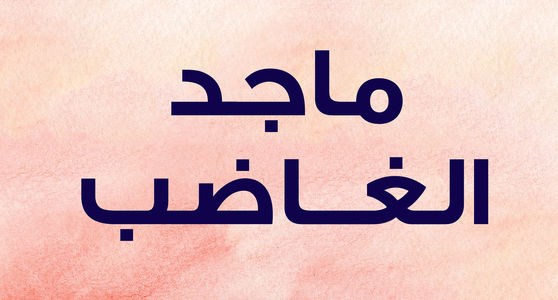 But every once in a while, a sharp yell and childish, whining voices cut through the amicable gathering and an inevitable fight brews between the siblings.

“It is something that happens in every family, I know,” explains Qatari author, Muneera Saad Al-Rumaihi. “But it got the point where my eldest, Majid, could not stand his siblings anymore and was constantly wishing out loud that he was an only child.”

And thus, the inspiration for her latest title, Angry Majid, materialized. “My kids are always my inspiration. This is an issue that has been going on in my own house and I’m sure many Arab families face sibling tension and rivalry because our families are generally so large. So it’s important for me to write about an issue that kids can relate to, in a way that they understand, learn from, and enjoy.”

Angry Majid, released by Hamad bin Khalifa University Press in Arabic in May 2017, tells the story of a child named Majid who is constantly surrounded by his annoying and demanding siblings who drive him crazy. He is angry all the time and wishes nothing more than to be an only child. But what would it really be like to be an only child? Majid’s mother gently and lovingly explains what life would be like as an only child, in the hopes of changing his mind.

“Animosity between siblings is something I see all the time,” explains Sozan Zaghmout, a senior school counsellor at Qatar Academy – Doha. “What parents don’t understand is that this often stems from the idea that the children are competing for their parents love and attention. A little disagreement from time to time is normal, but if it is something constant, this may be a result of the child feeling threatened by lack of attention from their parents.”

HBKU Press books are available in bookstores around Qatar.