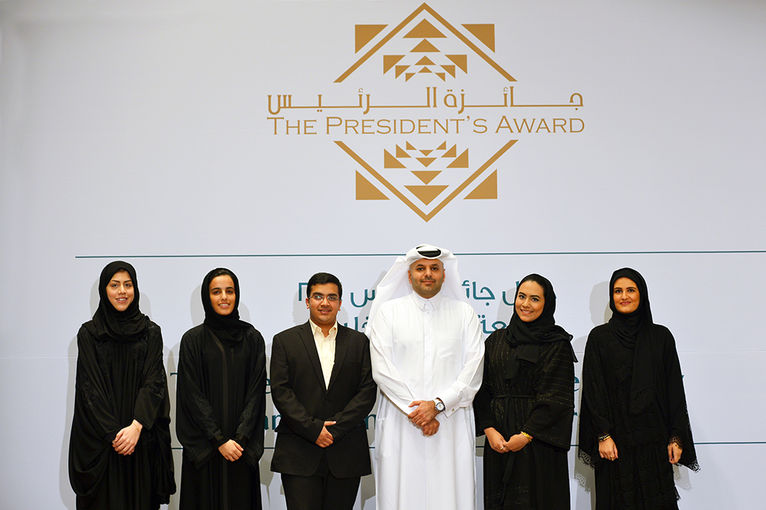 Hamad bin Khalifa University (HBKU) has honored five students of its partner universities with the President’s Award 2014 in recognition of their all-round performance.

The Award winners, who are graduating this year from a number of HBKU’s partner universities, were presented with certificates of achievement and commemorative medallions during a ceremony at the HBKU Student Center attended by deans, faculty and staff, as well as family and other community members.

His Excellency Sheikh Abdulla bin Ali Al-Thani, President of HBKU, said: “Candidates for the President’s Award are evaluated on their academic achievements, and their efforts to improve the lives of others. The Award acknowledges their commitment to their peers, and to the future of Qatar, in areas such as leadership, community service, creative arts, and research. We look forward to seeing each of the Award winners become particularly successful members of their societies.”

Twenty two students with a grade point average of 3.6 and above were nominated for the President’s Award 2014 by the deans of their respective universities.

Potential finalists then completed an evaluation process during which they had an opportunity to explain to the selection committee how they created a positive impact on the community through their out-of-class involvement, and what they gained from those experiences.