Georgetown Student Takes Listeners Around the World on Radio Show

Share
In addition to his academic studies, student Sami Wehbe (SFS ‘17) from Georgetown University in Qatar (GU-Q) served as the host of Qatar Foundation Radio’s (QF Radio) Around the World in 30 Minutes and the co-host of the Rise morning show with Laura Finnerty. Around the World in 30 Minutes, a show which Wehbe started and produced, involved weekly interviews with ambassadors who discussed their country’s tourism industry, culture and cuisine. Countries featured on the show included Canada, France, Switzerland, Italy, Sweden, Japan, Brazil, South Africa, Cuba and Germany. 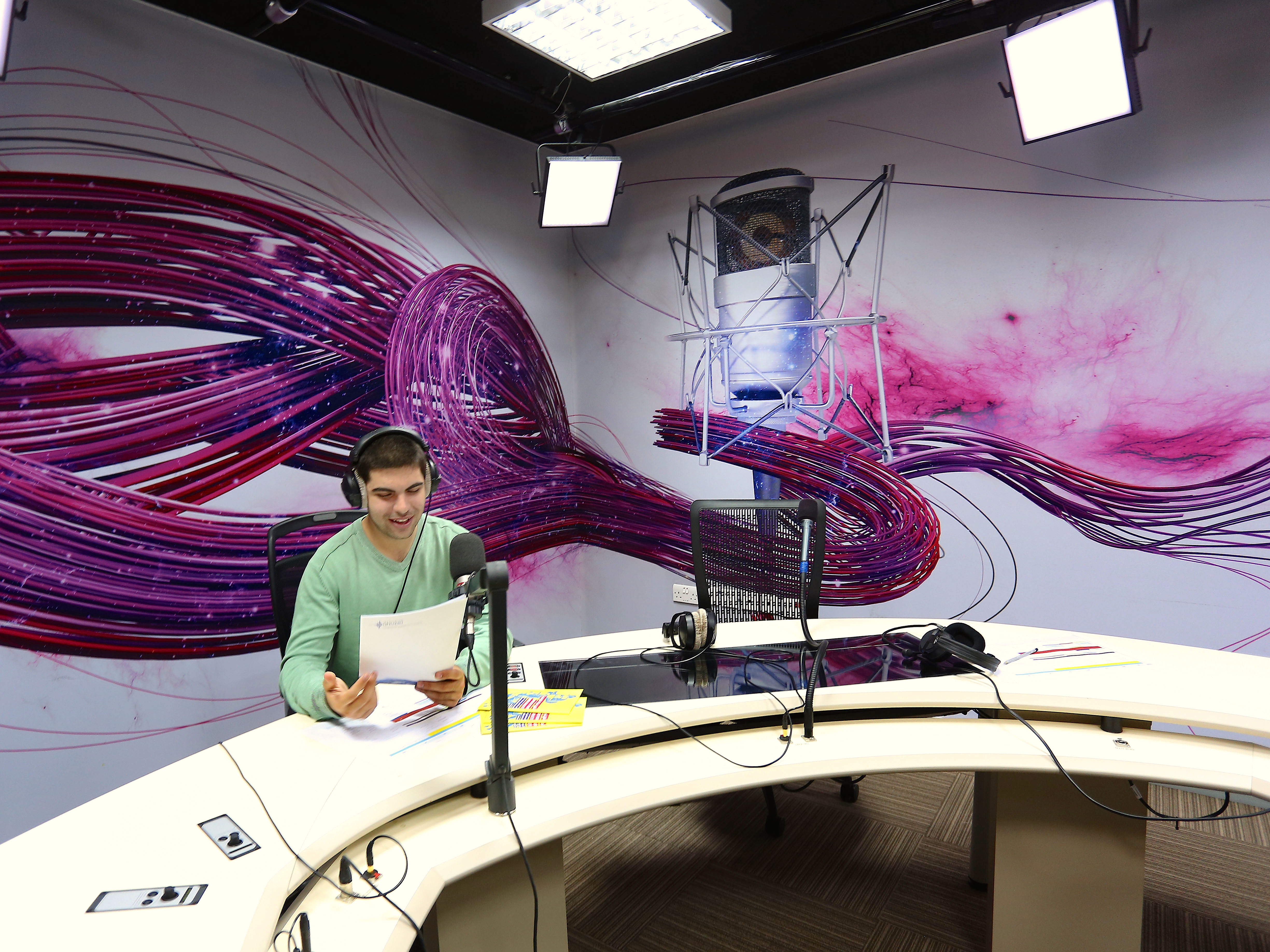 “As students, we are exposed to politicians and the diplomatic community from very early on. This definitely gave me confidence in dealing with the diplomatic elites of Doha,” explained Wehbe. “In addition, our curriculum has aided me tremendously in addressing political matters and sensitivities in the phrasing of interview questions. The ambassadors were very impressed with what I knew about their countries, as well as the questions that I directed towards them. This has a lot to do with what I learned at Georgetown.” 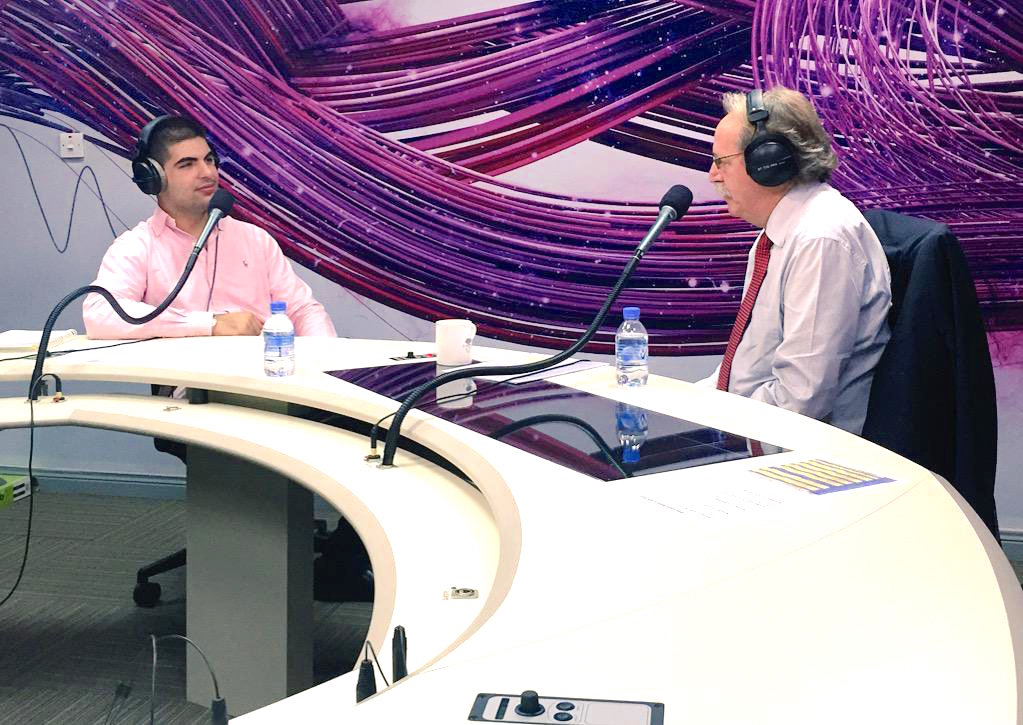 Wehbe was assisted by fellow Georgetown student Omar Al-Khateeb (SFS ‘18) who helped with researching countries for the Around the World in 30 Minutes show. Al-Khateeb recorded a two minute segment for each show to introduce listeners to the country in question, briefing them on basic facts including the capital city, population and geographical location.
Working at the radio station involved intensive training in how to use the equipment and edit audio, as well as how to present the weather, traffic and news, and host a show. As part of his work for the Rise show, Wehbe had to wake up daily at 05:00 a.m. and be at the station half an hour before the 06:30 a.m. start, before returning to the Georgetown campus for a full day of lectures.

“The QF Radio team did everything in their power to support and teach me,” continued Wehbe.