Share
Security in the Gulf was on the agenda this week as Georgetown University in Qatar’s (GUQ) Center for International and Regional Studies (CIRS) held a strategic forum to discuss the issue. Hosted in collaboration with the National Defense University's Near East South Asia Center for Strategic Studies (NESA), the meeting brought together regional and international experts, ambassadors and scholars. 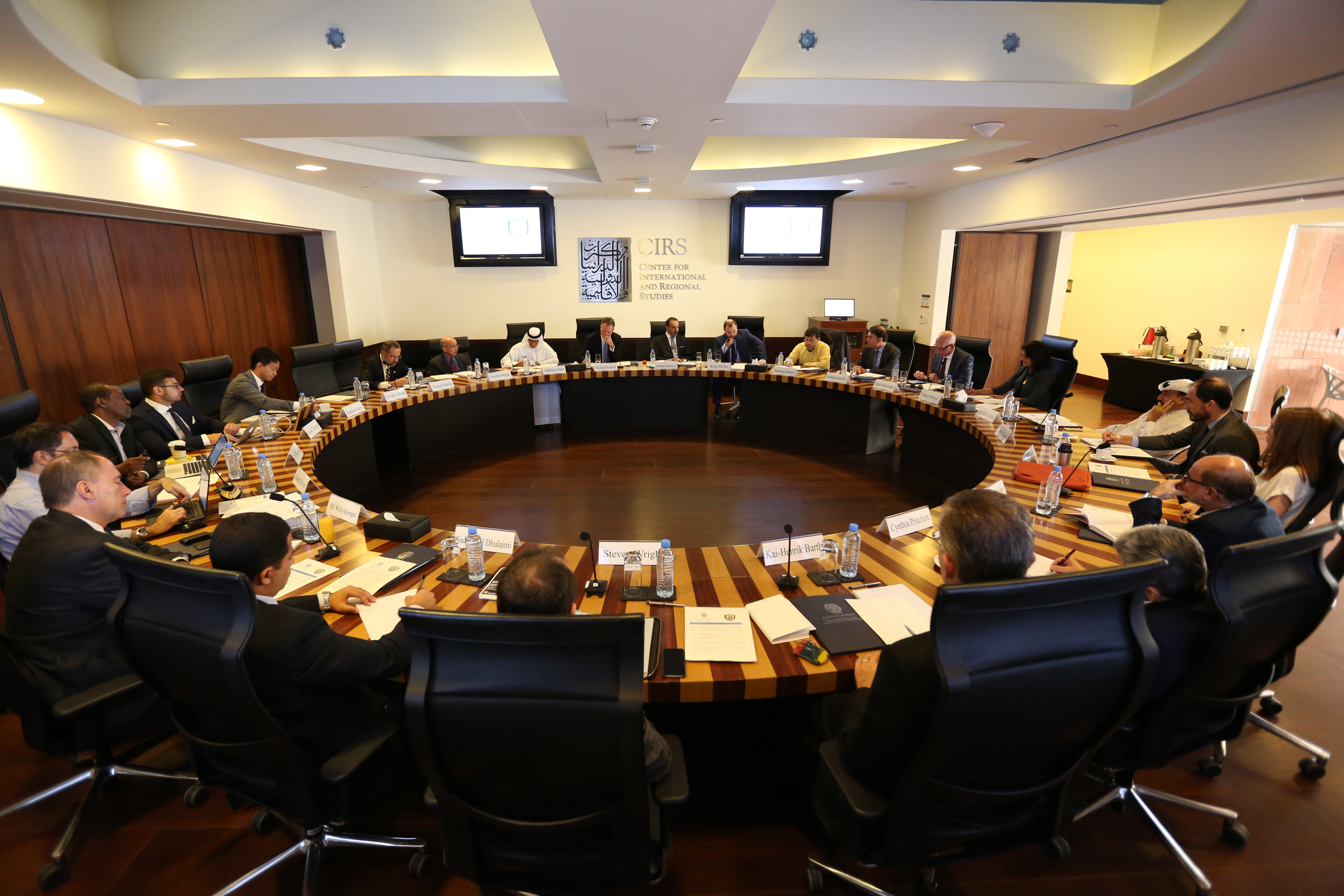 The one-day forum featured presentations on current threats and safety concerns facing the Gulf region from speakers including Georgetown University in Qatar’s Professor Rory Miller, CIRS Director Dr. Mehran Kamrava, Visiting Professor in the Gulf Studies Program at Qatar University, Abdulkhaleq Abdulla, and NESA Professors Gawdat Bahgat and Richard Russell.
During the forum, delegates discussed the security situation involving some of the region’s central players, including Qatar, the United Arab Emirates, and Iran, as well as Gulf countries’ relations with key Western powers such as the United States.

Concerns such as the ongoing war in Yemen, the Iranian nuclear agreement, cyber-attacks, political developments in Egypt, the rise of extremism, and the complexities of intra-Gulf relations were also on the agenda.

“The security situation in the Gulf is a complex one, as it’s impacted by a multitude of historical, cultural and political factors,” said CIRS Director Dr. Mehran Kamrava. “By providing a space to discuss the moves and counter-moves of key players, we hope to contribute to a greater understanding of the current realities of the region.”

The forum aimed to proactively discuss potential threats and analyze the changing landscape in the wake of recent leadership changes and events such as the Arab uprisings.

Established in 2005, CIRS is Georgetown University in Qatar’s premier research institution which fosters the study of regional and international issues through research, dialogue, and engagement with scholars, opinion-makers, practitioners, and activists.