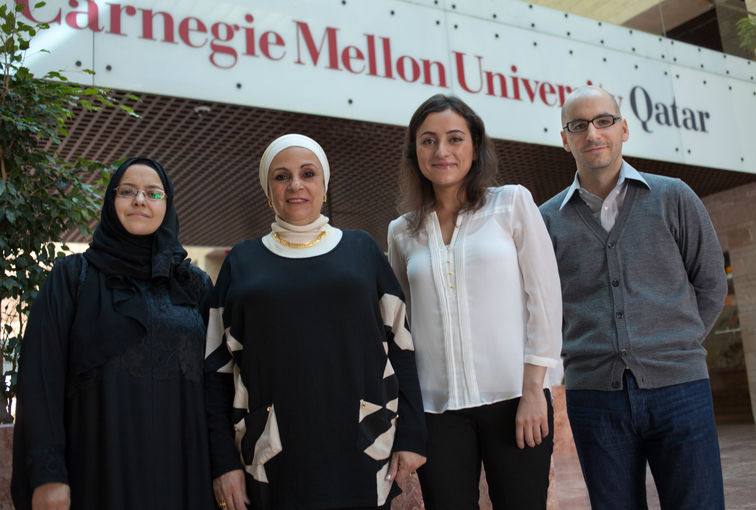 The project, ‘Advancing Arabic Language Learning in Qatar,’ was funded by a Qatar National Research Fund (QNRF) grant in 2009 and this year, the Carnegie Mellon researchers partnered with Qatar Academy to bring their technology into kindergarten classes.

Before starting school, most Arab children do not realize that there are two variants of the Arabic language: the local dialect they speak at home and the formal version called Modern Standard Arabic (MSA). While rarely used for day-to-day interactions, MSA is the variety used in writing and formal speech.

To address the pressing need to introduce students to MSA, the team of researchers created a series of activities based on the Middle Eastern folk tale Aladdin, which they presented on large, interactive surfaces called Microsoft PixelSense. The 40-inch displays allow children to interact with the program—and each other—at any one time.

Among the activities are an alphabet bingo, where students score points by pairing objects with their first letters, and a storyboard, where students recreate the Aladdin tale by placing scenes in the right order. While the lessons meet Qatar’s Supreme Education Council Arabic curricula, this is the first time such an approach has been used in Qatar.

The program is also tracking the students’ progress, allowing the researchers to do an in-depth analysis at the end of the semester. There are hopes of offering workshops next year to train the other Arabic teachers at Qatar Academy, and other local schools in the future.