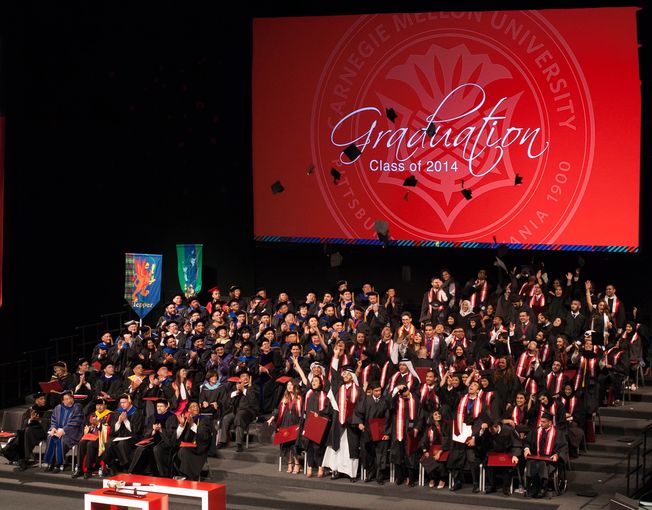 Carnegie Mellon University in Qatar celebrated its seventh graduation ceremony on Monday, 5 May 2014, bringing together dignitaries, family and faculty to recognize 80 graduates representing 24 different countries as they were awarded their diplomas.

As the sound of traditional Scottish bagpipes filled the Qatar National Convention Centre (QNCC), the graduates processed onto the stage, led by students carrying their programs’ academic flag.

Addressing the graduating class, and more than 1,200 distinguished guests, family members and friends, Subra Suresh, president of Carnegie Mellon University, praised the graduates for their achievements: “You have achieved something important, something that took time, discipline and willingness to persist in the face of difficulties. That is impressive, so savor the moment.”