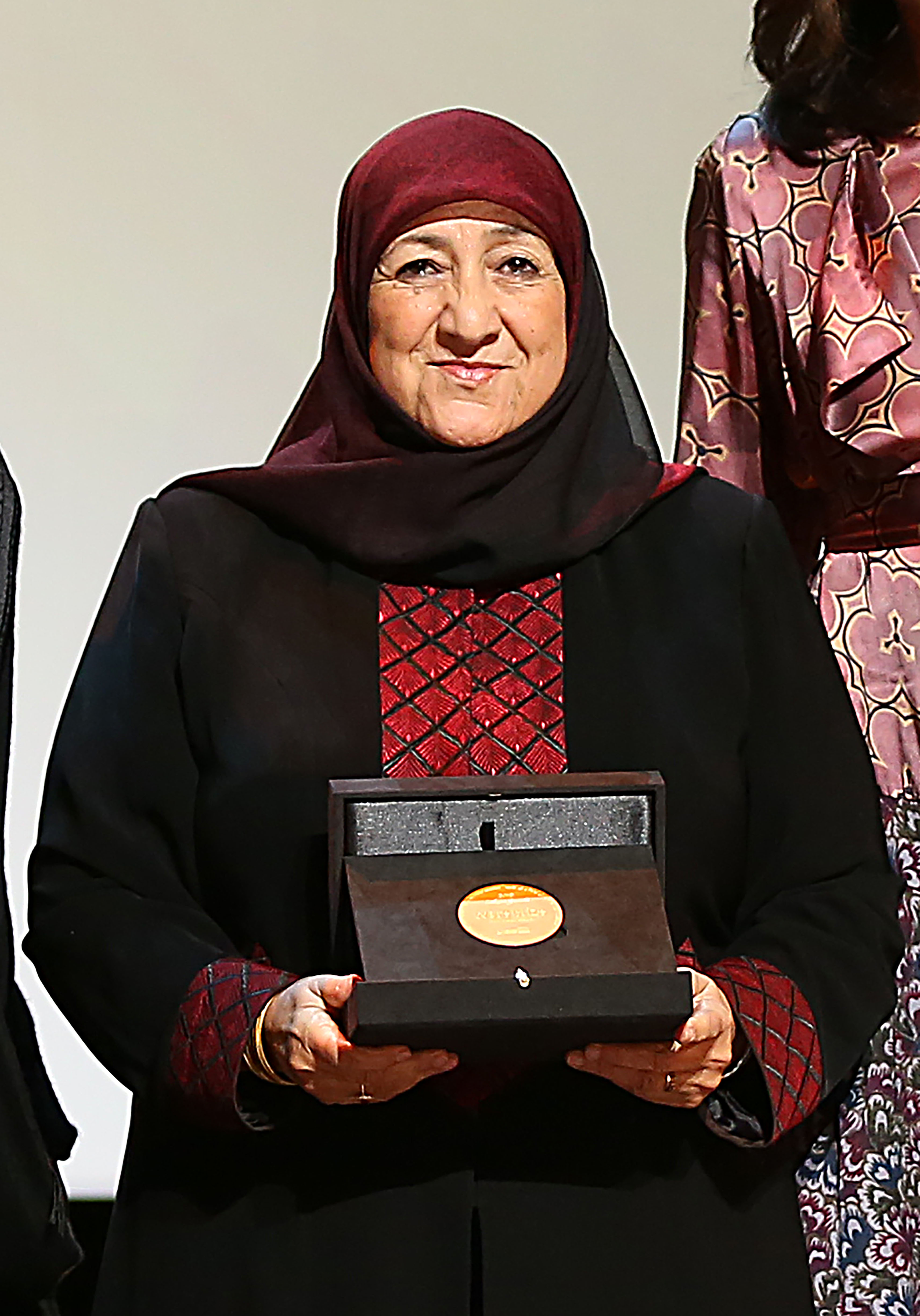 The WISE Prize for Education was presented by Her Highness Sheikha Moza bint Nasser, Chairperson of Qatar Foundation (QF), at the Opening Plenary session of the seventh World Innovation Summit for Education (WISE) in Doha, Qatar. The Summit is a global initiative of QF, and the award was received before some 2,000 members of the WISE community from diverse fields and over 150 countries.

"Our WISE Prize for Education Laureates embody the spirit of WISE. They are tireless advocates for the right to education. This year’s Laureate is distinguished by her determination to bring education to her fellow citizens in the most adverse conditions of war and occupation. From refugee camps to secret night schools, and often at great personal risk, she established a network of organisations that provide general education as well as public health education. While her work focuses on girls and women, it also benefits boys and men. Millions have benefited from her optimism,” said Her Highness Sheikha Moza bint Nasser.

For Sakena Yacoobi it all began in the early nineties, when she started working in Afghan refugee camps in Pakistan. A passionate educator herself, she trained teachers, opened schools for children, and learning centres for women. The Taliban rule in the mid-1990s did not deter Dr Yacoobi from her mission to provide education and health services to women and children, especially girls.

She launched the Afghan Institute of Learning (AIL) in 1995, with the primary objective to improve teacher training through innovation. AIL’s teacher training programs focus on quality, in-depth education to Afghan teachers in Pakistan and Afghanistan. Once teachers are trained in the basics of teaching, AIL offers workshops to strengthen their teaching skills.

When the Taliban banned girls’ education in the nineties, AIL supported underground home schools for 3,000 girls across the country. It was also the first organisation to open learning centers for women in the country and continues to find innovative ways to provide literacy and vocational skills to girls and women.

Under her leadership, AIL has established itself as a ground-breaking, visionary organisation which works at the grassroots level to empower women and communities. This bottom up approach has triggered a lasting local transformation. Since its establishment, AIL has brought education and health services to at least 12 million beneficiaries living in rural and marginalized areas of Afghanistan.

More recently, Dr Yacoobi opened private schools to provide high quality affordable education. She also set up a radio station, to deliver her institute’s educational content to people living in remote areas. Her future plans also include the creation of a television network and a university for women.

On receiving the WISE Prize, Dr Yacoobi said “I feel honored and blessed to be chosen as this year’s WISE Prize for Education Laureate.It is particularly meaningful because this is such a crucial time in Afghanistan.My people live in terror and poverty.They are suffering and feel hopeless. Yet, at this moment a light has appeared. With this Prize, we know that we can continue to educate more and more Afghans, giving them hope and encourage them to go forward no matter what they are facing. It is such a great gift to me, and I dedicate the Prize to the Afghan Institute of Learning and all of the women, men and children we are educating.”